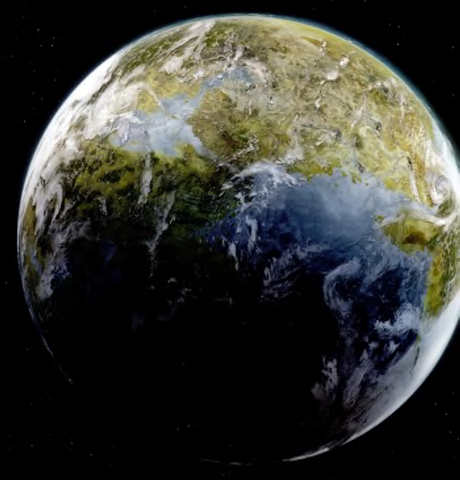 Fortous
Planetoid Classification: Terrestrial Planet
Orbital Distance: 4.43 AU
Orbital Period: 1.4 Earth Years
Radius: 5,741 KM
Day Length: 22.9 Earth Hours
Brief Description: Fortous is the name given to the very recently discovered terrestrial planet that is confirmed to have Forerunner installations built into it. The first and foremost installation is the Forerunner facility known as a 'manufactorum' which is capable of stripping the planet of all of its resources and converting it to manufacture forerunner level ships, weapons and equipment at an extremely high rate. The current location of this artifact is unknown as UNSC and The Ministers Covenant forces scramble to recover it and battle for domination of the surface.

Fortous is an untouched planet, teeming with natural life and a vast ecosystem of plants and animals. If the UNSC had known of its existence it would have been colonized a long time ago. There is one super continent on the planets northern hemisphere which extends down in two peninsulas to the southern hemisphere. It has a climate and atmosphere very similar to Earth as well.