Hungarians push back: a decisive strike against the Mongols begin

Hungarians push back: a decisive strike against the Mongols begin

The Mongolian army was met in combat by the Hungarian professional army. Despite an ambush laid by the Mongols, the superior tactics and the favor of God allowed the Mongols to be driven back to what hole they crawled from. The commander of the army, Csonka Jakab, will continue his attack into Mongol territory. A levy army will be raised to protect it's Eastern flank, and the Hungarian forces pray that their Polish allies have similar success, or else they may be exposed on their Western flank. 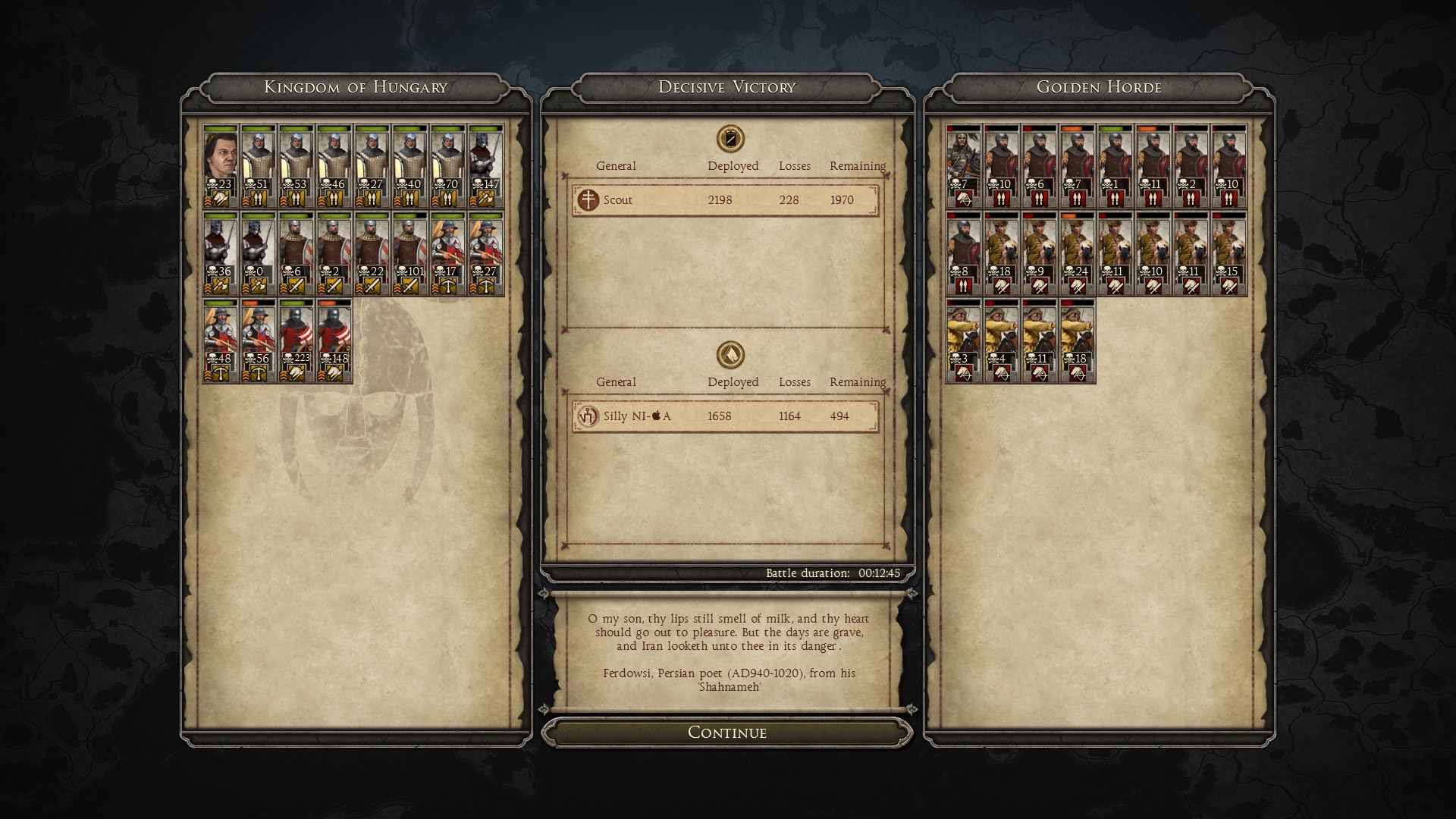