A Cyrillic 'I', Symbol of the Muntauk Insurrection

The Muntauk Insurrection began as a legitimate rebel movement when Muntauk was still considered an outer colony. Soon after Muntauk became an inner colony through new slipspace streams, Muntauk prospered and there was no real need for rebellion. Despite this fact, the Muntauk Insurrection continued, partly because of political motivation but mostly for profiteering from moving and selling black market goods as well as drugs. The Insurrection started operating more like a criminal organization in Novosiminsk while 'freedom fighters' numbers dwindled in the colonial out lands, preparing for the right opportunity to start a revolution.

Things are now starting to change drastically. Alexander Carro has joined the ranks of the Insurrection and spread the rhetoric that the UNSC had lead the Covenant to Muntauk and there's still a chance to stop their evil overlords from leading them to their demise. While operations in Novosiminsk are being cracked down on hard, the outland fighters are starting to grow more and more powerful and bold, striking and raiding small UNSC army outposts and even navy logistics stations. Their newfound intelligence courtesy of Alexander Carro, they are a very deadly threat considering what they now know. 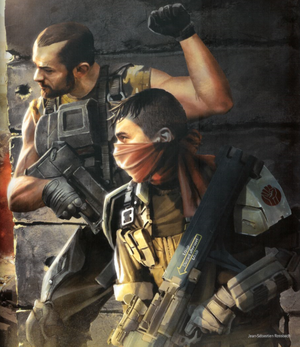 URF Symbol
The United Rebel Front, the umbrella organization for most Insurrection movements have a small presence on Muntauk as well. These guys are the real professionals and threaten our ground operatives greatly. It is likely that Carro defected to the URF first and used their muscle to brutally remove the criminal elements of the local Muntauk Insurrection and create an actual rebel fighting force. A contigent of elite URF fighters have been seen leading groups of local Insurrectionists or operating in their own squads. These fighters typically refer to themselves as Sicari's or Sicario's. They are a very dangerous threat that should be assessed and dealt with very carefully. 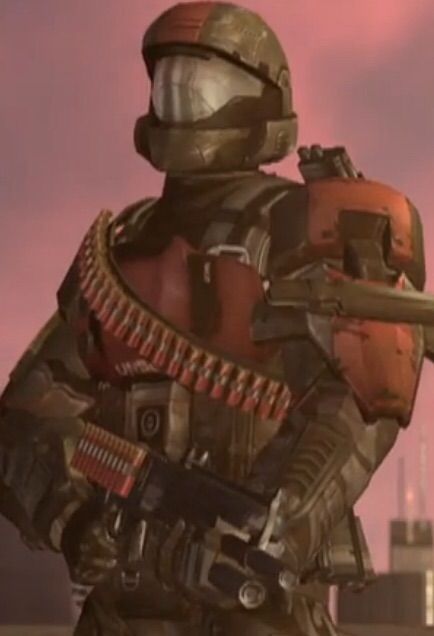