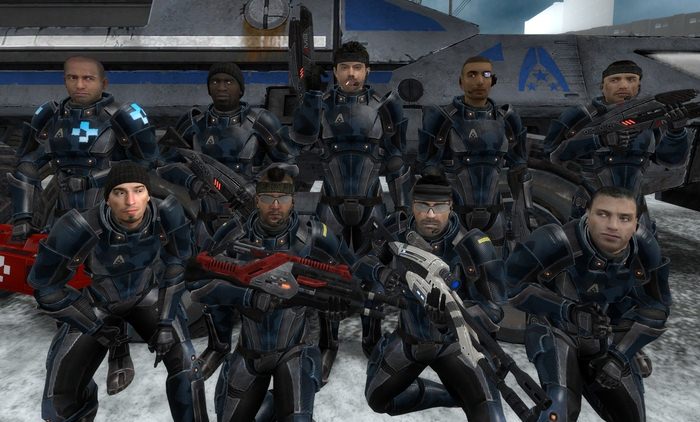 Physical Appearance: A Male standing at six foot four inches, he has a Mesomorph build with a developed and muscular body. He has brown eyes with black hair. His voice carries a decent pitch and a gruff tone. Most of his face is clear and looks to be in the twenties. Majority of his body carries multiple injures with most healed up at the current time.

Deacon Gerard - the guy from the start

Training: BC - Boot Camp (22080414) - Job picked as Infantry, SOI - School Of Infantry (Year 22080728) - MOS selected as Rifleman
Assignment: 2nd Marine Special Reconnaissance Company
Operational Status: KIA
Previous Occupation(s): N/A
Specialization: Grenadier
Awards/Decorations: Purple Heart (Wounded in action against Pirates in System Alliance Space, Exodus Cluster, Utopia System, Zion. 22081104), x3 Oak Leaf Clusters (Another injury sustained on Zion in 22090114. Third injury sustained from fighting against Blood Pack mercenaries in System Alliance Space, Petra Nebula, Vetus, Elysium in 22160302. Fourth injury sustained from a Mine blast which was left over from the existing Cerberus Research facility in System Alliance Space, Voyager Cluster, Yangtze, Binthu in 22200624), Good Conduct Medal (Three consecutive years of honorable and faithful service. 22110101), Combat Action Ribbon (In fighting against Hostile forces against Alliance Colonies in 22110228), Global War on Terror Expeditionary Medal (Awarded for multiple combat operations against grouped individuals who fought with intent of terrorizing Alliance civilians and colonies. Recieved on 22240515), Marine Corps Expeditionary Medal (After the Invasion of Gatol in 22261201)
Battle/Service Record: Joined the 1st Marine Division 3rd Battalion coming out of SOI in 22080801, Deployed into the Exodus Cluster and fought in Zion from 22081101 to 22090201, Deployed into the Horsehead Nebula and fought off large pockets of Blue Suns mercenaries on Xawin from 22090806 to 22091226, Stationed aboard the 2nd Fleet during their patrols and conducted Battalion wide Training from 22100205 to 22110410, Completed Re-Enlistment in 22110415 and transferred back to 1st Marines 3rd Battalion attached to the 2nd Fleet, Deployed into Argos Rho, in Pheonix, on Intai'sei defending Thoreau Mesa from Eclipse Forces before his battalion was being sent out with 4th Battalion in an offensive campaign against the mercanaries facilities from 22150114 to 22150311, Re-enlistment completed in 22150420, Deployed into Petra Nebula, Vetus, on Elysium in fighting against Blood Pack forces from 221602028 to 22160413, 1st Marines attached to 1st Fleet during Patrols and Battalion wide training in the Sol System from 22160501 to 22190414, Re-Enlistment completed on 22190416, Deployed into Petra Nebula under 1st Marines 3rd Battalion in fighting againt extremist Batarian forces from 221908 to 22230414, Re-Enlistment completed in 22230421, Attached to the 5th Fleet under 1st Marines 3rd Battalion from 222401 to 222604, Deployed into the Caleston Rift in preperation for the Invasion of Gatol, Invaded Gatol with 1st Marines 3rd Battalion, transferred to the 2nd Marine Special Reconnaissance Company in 22261208, Tuchanka Infiltration and Relief (22261216 - 22261221)
Demotions/Punishments: 22200512 Demoted for Disrespecting 2nd Lieutenant Crosby Cock from Alliance Logistical Branch. 22180314 NJP'd for Punching of Staff NCO Zac Taylor.
Date Joined: 22080218
Casualty Classification: KIA
Time Within Company: Less than 24 hours 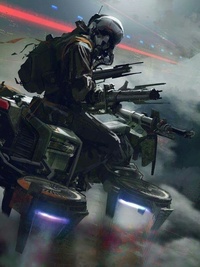