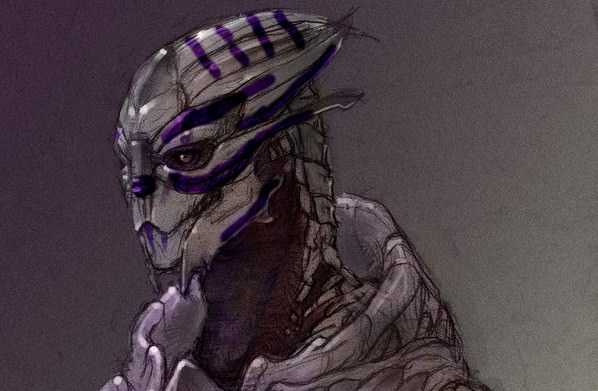 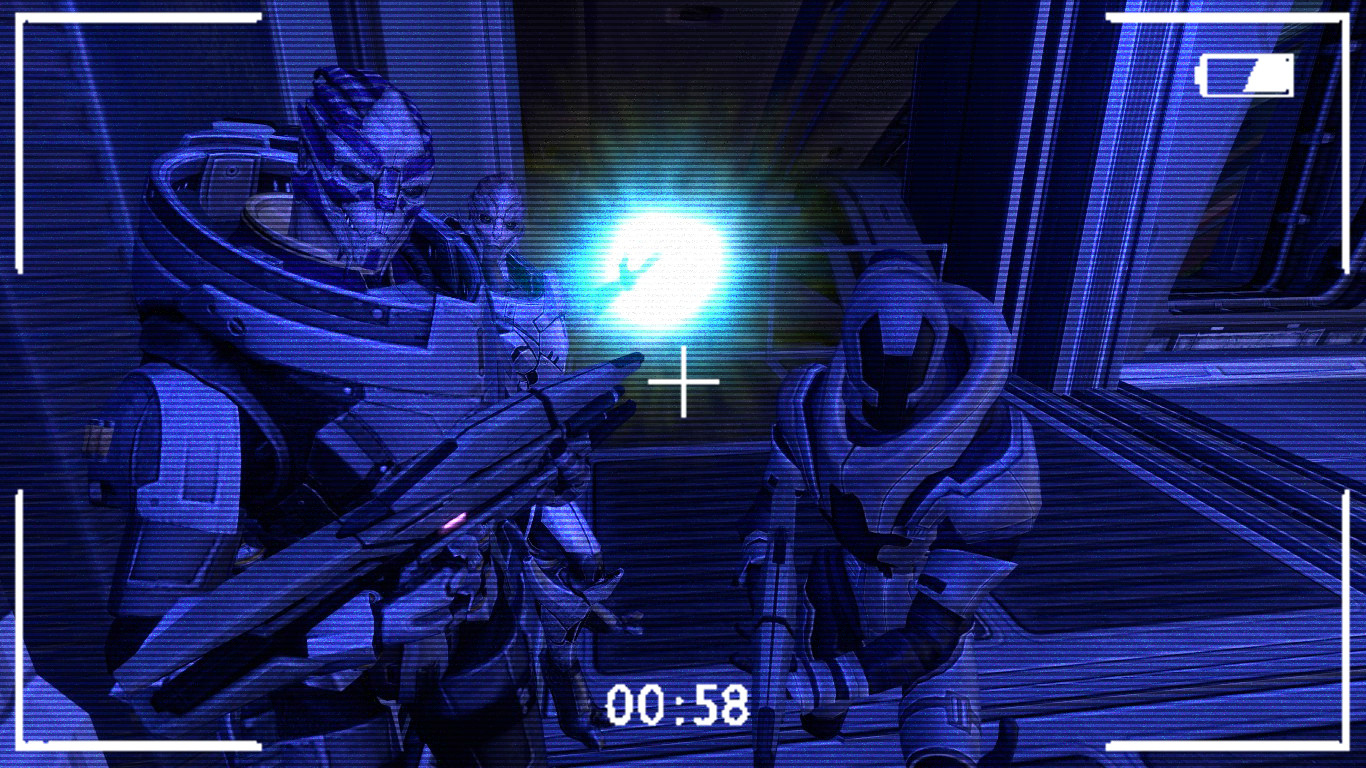 
Physical Appearance:
A 6'6ft tall turian that has long, hair fins while his mandibles are jagged and thick. He has a lucratively designed facial markings colored a deep, rich purple. He appears fairly worn with some cracks in his carapiece around his chest and shoulders. He has dull, olive eyes and brown skin underneath his steel carapiece. He usually wears a set of fatigues designed on the Citadel for his own preference including gold and steel accents to show off his military background and a deep purple for his colonial origins. In combat he wears a pair of HS9 Medium Armor equipped with multiple hardcases and grenade cases.

Rila'Feela: "She's the one that got me on the crew. I have that much to thank her for. I was itching to jump into something that could change my career but I didn't think I had the experience to make it but she gave me the push I need. Now we're all on the same team. I really hope I can get to know her more."

Tacia Victomus: "I don't know what to think about this Imperial. She's got a twisted look about justice. But she's the only other turian on this ship that I met so far that I can have a decent conversation with."

Leon Marshall: "I don't know what it is about human humor but this one's either really idiotic or he just does it thinking he's 'endearing'. I don't know. Tacia told me he's smarter than he sounds. I hope she's right."

The Reapers: "My mother told me a lot about when she served in the war. She was a engineer, Saw a lot of the frontlines when she had to fix up defenses. I can still see how she looks behind herself every now and then..."

5+ for all combat actions for both offensive and defensive situations.
10+ for when utilizing explosives
+Fortitude for Turian discipline in the face of overwhelming odds. You will only see his back once he's dead.


(God i fucking hate people who like gay turians)