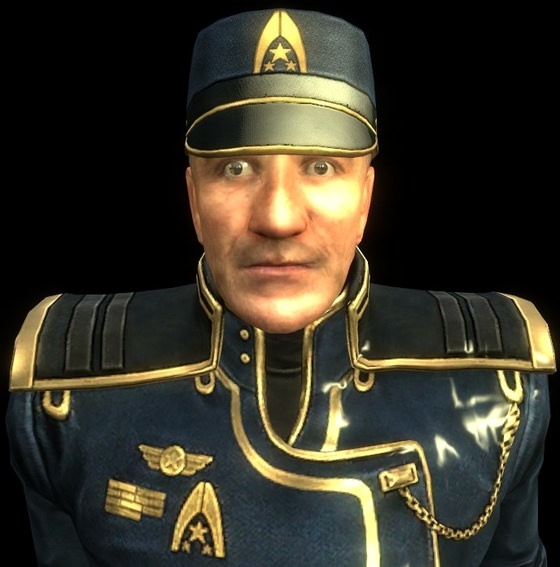 Physical Appearance: An aging Man standing at the height of six foot, with a mesomorphic body type. His voice carries a low pitch tone and a croaky quality. Most of his face is filled with newly introduced wrinkles. His eyes are a plain color of brown, with having mostly no hair as it was seemingly shaved off. A small growing goatee does accompany around his mouth, with his skin being a sun-touched white. Throughout his body, there lay a few past injuries, with the single major one located on his front lower right shoulder.
___________________________

In the wide-open ranges, a free felt land, full of peace and endless green laid some acres of land belonging to a family which oh’ so proudly went under the name ‘Patel’. In the Winter of 2185, a women in the name of Lucia Parks met a fella’ who had came into the city of Bullhead to purchase provisions for the upcoming cold nights and cool mornings, the man in question being Joseph Patel, a lonely man who had just gotten his father's land in June 25th after his unfortunate passing, has been looking after his mother and tending to the farm best he could with hired farmhands. He was no charmer, with no play, or any sort of allure to him, nothing but pure honesty and hardstone will laid in his heart when he had came across this wonderful lady at the Lazy Harry’s Sunshine Saloon. Misses Parks was a city folk, however life had only started for her as she had lived longing nights at empty works with no purpose but money. To say the least, that lady had met and dined with the fellow the next day as he seemingly saw some future in her, coming back in the next few months, as it only took the shortest of times to bring her out to the life in the country. History was what followed, with their first child being born on 2193, a year after their marriage, a fella’ which was named Connor Jefferson Patel. However, the times were not so friendly to the family in the early years of their relationship, as crisis took over shortly sometime after their ongoing romance, the Reaper war had arrived. Joseph was no running man, as he avoided any type of orders of evacuation from the government, as him and his farmhands defended their way of life, living, and happiness with their own selves. Some acres of land laid in a spoiled state and leaving the family with lost farmhands and less harvest for the years to come, but they had defended against the chaos in however way they could. After the war,  their wishes for new land from the government going to nowhere as billions across Earth had lost much more, with the Patels being lucky to have their lives.

Years had aged on, Connor was growing and siblings would soon follow. Before he could even go to school, the boy was taught the farm better than anything else, values of real country life from 300 years ago, as the Patel's were no new family, their bloodlines following to the first few settlers as America had become the new wonder of the 1700s. Like many children around the area, he went to school in a small town, far from the city, it was no ordinary school one of them Christian schools that gave you a real punishment for even thinkin’ about using the devils hand to write with. Emmanuel Christian Academy is what they named it, having the whole ordeal from Kindergarten to High School. Connor was raised with religious values, but the farm always did come first, he had his share of disciplinary actions as he learned more about the values of the Lord himself, even picking  up how a proper man should act. Joseph and Lucia were hardy parents, but they taught well to their oldest son about respect, “Treat kindness with kindness, no reason for sour tastes with folks you've never met.” is how his mother had started it off, but his father finished it firmly “But let any who show hostility be met with ever so vigilant disrespect and spoken action.” such words had been etched into Connors mind. As his own values grew, he created a man of himself, choosing his friends carefully as he went through schooling with great effort and not many hardships, as there was always more than enough back home. From the day he had seen himself arrive at the doors of his School, he worked once he got home, no playtime of any sort, simple hard work. Starting from assisting the farmhands, taking care of the animals with his father, or hoeing up some land once he found his strength. With their family growing larger, and him only getting bigger, a great deal had been given to him, being in-charge some acres, to even acting as a proper cowboy, leading herds up to auctions while driving in produce to whoever would buy ‘em to keep the rich folk in the city fed. He listened to stories of the old Westerns, how their family used to deal with outlaws, nasty folk, and all the sort with children striking out to make names of themselves, be it as Deputies or Marshals, with the ever so ambitious and frowned upon as Outlaws and Gangsters. Of-course, times weren't like any of the sort, as he himself enjoyed being a cowpoke, running the farm, and doing some real honest work with basically no pay, except the privilege of getting to eat breakfast and dinner. He grew into the age of 18, graduating and becoming invested fully into the farm. However, his family had grown in size, some farmhands even needing to be dismissed as the other 5 of his siblings were put the work much like him in his early years, but having so many mouths to feed never did help.

A sad truth had came to face Connor, he was a fully grown man at 21, with quite a lot of responsibilities, with one such to lighten the load on his family. Most of his siblings had grown to a proper age to be real help around the farm and such he confronted his father in the matter of himself, seeing as if he could leave, it would help them greatly with having one less man for breakfast and dinner. His father had agreed, allowing him to leave with the only condition being that he’d had to serve in the name of this beloved country and such he did. Renting out a room for himself in Bullhead, he came in quick contact with recruiters and embarked in his journey into the Alliance military. Picking out his job was a bit of difficulty, as he didn't really know much about anything of the military, so he left it to the recruiter as he believed he carried good faith, however he was wronged, being sent to Boot Camp as an open contract on the 24th of March 2217. Being a man of hard labor, he had quite the strength, showing great potential as he assumed the position as the Guide for his platoon, giving out his full capabilities as his leadership abilities shined to the DI’s and such earning himself a meritorious promotion out of boot to E-2 and being placed in a 0311 during SOI. For the next coming years, he’d have a good first deployment, fighting Pirates and all the sort, with a nothing to do garrison on Horizon for the next two re-enlistments, but he dared not mistake himself as a hard-working man, as such going in as a 0321 on his third re-enlistment and finding himself being transferred from the 3rd Marine Expeditionary Group off to the 2nd Marine Special Reconnaissance Company just before an invasion.

*Added Personal History
*Removed personal relations and organized relations, found it unnecessary as his thoughts are his, not found on his dossier.