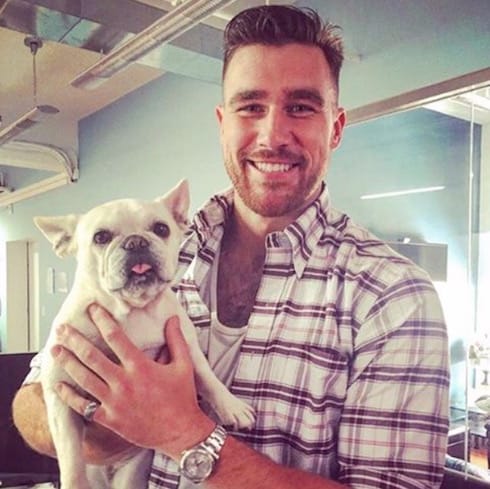 Xeno-Relations: "At this time, we are poised for great relations with our alien friends or we are destined to walk this galaxy alone. I will work to ensure proper xeno-relationships to the benefit of Humanity and our friends."

War: "While I cannot direct the Alliance Military, I can work to remove Naval restrictions that hinder the Alliance and others in this galaxy. There is peace through strength."


My promise to you:
"I may not be perfect but none of us are, that is what makes us Human. I eat like you, I think like you, I bleed like you, Hell I even play sports like you. I remember when I was Governor and I  had to be the Quarterback for the Houston Texans in their playoff game against the Berlin Bruisers. I strapped on those pads and managed to clinch a victory for the Texans. With politics, I will be strapping on the pads once again and I will be clinching victory for you, humanity. I was Governor of Texas after the Reaper War and I led one of the fastest recoveries in the Galaxy. I will take my experience from that and apply it to a much grander scale. I will fight to rebuild Earth, I will fight to rebuild the Systems Alliance, I will fight to rebuild the galaxy! That is my promise to you.

kelce2190: Howdy there, feel free to leave questions, comments, and concerns down below.

RArg401: Does that means the council may start giving two shits about the Krogan?

kelce2190: Thank you for your question, RArg401. The Krogan are a proud people with a history to be proud of. I feel that I am obliged to honor them as such. My constituents are not entirely human, so I must work out deals and arangements for my non-human constituents.

Mbanner1147: If the systems alliance pays more mind and involvement in Krogan affairs the council will have to follow in our footsteps. The Alliance needs to stop following what the council does and instead step up to the plate and become the galactic leaders we're meant to be.

kelce2190: Well said, Mbanner1147! I will not stand idly by as some of my constituents are treated poorly.

The First Contact War
"In 2157, Humanity burst out onto the galatic stage along with some burst fire from my fellow soldiers and I. The Turians made no attempt to contact us and inform us that we were doing something wrong. Rather, they attacked us and we defended ourselves. Before the First Contact War, humanity had been united but there was no strong species bond. After the war, we were one. There was no more black, white, yellow. Only human. Humanity held its own and showed the galaxy that we were a capable fighting force. I participated in the Liberation of Shanxi and lost a lot of friends to the Turians. One of which was the father of the legendary Adande Greene, who in turn became a friend of mine as well. That is why I am organizing a memorial ceremony dedicated to both sides because I know that I took a lot of friends from the Turians as well. Adande Greene handed me the torch to make my mark on this galaxy and I plan on running until I can't run no more. Thank you and God bless!"

KVaQuacks: That's a pretty cute dog you got there! What do you think of the situation with the Raloi as it currently stands? And other planets currently experiencing backlash against the Alliance.

kelce2190: Thank you, KVaQuacks. The Raloi situation is their situation. We must let them settle their own business before we intervene. Other planets is very vague, there are planets that dislike us and others that are engaged in an all out revolt. Each planet is its own situation and will be treated as such.

Galactic Rememberance Day
I am releasing one of the many purposals I have if I am elected to the Citadel Senate, in case I am in fact not elected. If I am not elected, I hope somebody else will pick up what I will purpose and push it through.

I am purposing a galaxy-wide rememberance day dedicated to the times in which the Galaxy as a whole was threaten. This day will be dedicated to the men and women, the Humans and Turians, the Krogan and Salarians, the Drell and Asari, the Quarians and Volus, and so many more species that were lost from 2183-2188 to the Geth, the Collectors, Reapers, and the Leviathans. We cannot condem the Geth however because they are our friends and allies now but we cannot forget those lost to them. The day this would occur would be December 11th.

In 2183, during my time with Commander Greene, we had a friendly Geth unit known as "Sysmod-39." The Geth we faced did not show him any quarter for being a Geth, they were Hell-bent on destroying anything that stood in their path. My experience with 39 was a very educational one. I learned things that most soldiers fighting the Geth would not have learned. I am truly sadden by not being able to find 39 anywhere, I hope I run into it someday.

Protecting our Children
Some might think our current punishments for galactic crimes is good enough but the truth of the matter, they are not. I will purpose we install a much more harsh system of punishment. Perhaps one based on old Human law. An eye for an eye is the way to treat crime!

ADogPerson says: "I agree with KVaQuacks. That dog is adorable. What's their name? Boy or girl?

MidMo Says: "How about a political question. What's your stance on education for children apart of the citadel? Would you agree to more schools that integrated different species?"

kelce2190: Thank you for your question, MidMo. Every child is entitled to an education but we should not force a child to go somewhere that would not benefit them. I am a firm believer in school choice. If a family wants to send their child to an only human school or an intergrated school, then let them. The parents knows what's best for their child, not some politician.

kelce2190: I hope y'all are having a good day! I also wish my friends back in the 2nd MSRC the best of luck in their crusade to keep the galaxy safe! God Bless.

Hprimo says: What is your opinion on the Geth and what do you see for them in the future in terms of Organic-Synthetic relations?

kelce2190: Thank you for your question, Hprimo. I would be a liar if I said I wasn't scared. Scared in a sense that synthetic life that is independent is new to me and many others in the galaxy, not the genocide all robots scared. As stated in a previous post, I have fought the Geth before and I have encountered friendly Geth before. I think because of their role in the galaxy both past and present, they will play a pivotal role in Organic-Synthetic relations. I look foward to working with the Geth in the future.

kelce2190: Hello folks, planning for the First Contact War Memorial Service and Lunch is nearly complete. We are still trying to decide between having this take place on the Citadel or Shanxi. Having this on the Citadel would allow more of the common people to learn of our struggles while Shanxi is where Humanity and Turians spilled blood all those years ago.

kelce2190: I would like to thank everyone that made it to the memorial the other day. Without you, we would not have been able to give such a beautiful service. A second run of "The Kelce Playbook" is set to begin production with some extra info and goodies. Don't miss the book signing either!

LuckyTim: If you win the election, are you going to resign from Kelce's Kool Kream to prevent any potential conflicts of interest?
Also, why the monopolistic behavior when it comes to running Kelce's Kool Kream? I mean, you can be competitive as a businessman, but controlling 90% of the entire ice cream sector is just downright fucking unfair.

kelce2190: Thank you for the question, LuckyTim. I see no reason to resign from my business and let me tell you a little something about the ice cream business, it's cutthroat. If some other fella could've obtained 90%, they would've but they didn't. Is it really my fault that my competition really cannot compete?