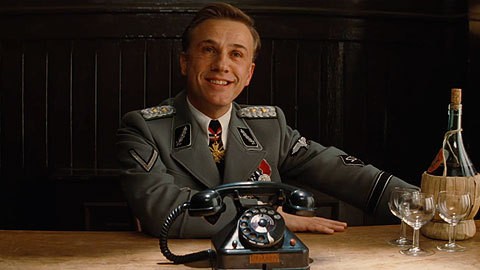 Lieutenant Commander Douglas Boidheach: He's been a good Commander so far. He is very righteous and by the books and I can respect that. I hope he knows that I will continue to do what needs to be done, even if that means breaking a few rules along the way.

OpC Droko Compor: I feel like we're on the same page. He gets the job done, by any means. Perhaps if he was not a Batarian he might be a higher rank.
-Update:
I feel like he understands the sacrifices that must be made to accomplish the impossible tasks we are given. He's very smart and calculated and I can see much of myself in him. I'm grateful that he's my Operations Chief, but I feel like he could serve a greater purpose in the unit. If not for him I might not have realized what the SIU was doing on Gatol. Or I might have realized too late. I hope he recovers from his injuries and is able to join us in the final assault.

SvC Emma Thatcher: She's very capable, I think she has a bright future with the unit despite her recent injury. It was sad to see her sitting in the med bay. But she'll recover, I just wish I could've been there. I hope she's able to make a name for herself that's not connected to her Father. I'm glad she's here and I enjoy her company in the downtime we have. It's nice to talk about our kids. I think she's the only other person on the ship that has one, so I feel like there's a degree of understanding between us on certain things. I know I can rely on her.
-Update:
I feel terrible for the situation at hand. I couldn't imagine losing my sister in the way that she did. Even though she seems to be focusing on the mission I can't help but worry for her. After we took the assaulted the power station I can put any doubts to rest, but how much longer can she go before it gets to her. I can tell she hasn't accepted the situation yet. Hopefully, she can delay any emotions until we get back to the ship. It's strange, I haven't cared this much for someone under my command until now.

Nguyen Thi Kim-Ly: She is a lot more capable than she realizes, despite her differences with the rest of the unit. She's young and inexperienced and has yet to discover what this life has in store for her. I'm trying to help her adapt to this unit as it's clearly something she's not used to. This injury of her's is going to set her back, but I have a feeling she's going to recover and be stronger than ever. I see a lot of potential in her.
-Update:
She's been through a lot recently. I worry for her sanity as she's been subjected to so much in a small amount of time. She might be changing for the worse in terms of humanity. However, for the sake of being a soldier, she's progressing nicely. I hope she doesn't lose her humanity.

SvC Raik Arglack: He's a great asset and a good person. We're lucky to have him with us with all of his experience.
-Update:
He's extremely smart for a Krogan. I feel bad for thinking that he would be just like every other Krogan I've met over the years. He was questioning why we fight, a thought I'd never thought I'd hear from his race. I hope everything works out for his homeworld and his people. They've already been through so much. He's keeping his head on straight and focusing on the task at hand, which is good.

LCpl Jack Miller: A child that will eventually have his world of heroism come crashing down around him.
-Update:
Despite what I think of him it's good to have those like him in our unit. They keep it balanced, and he's a very capable soldier, much more capable then I gave him credit for when I first met him. I wasn't sure if he would pull through when he was wounded, but I'm glad he did. I can't wait to have him back on the field with us.

Pfc Connor Petal: He's the type of soldiers we need in this unit. He's willing to sacrifice his life for the greater good. He has no aspirations of being in any textbooks or having his name live on through glory. He is just doing what he feels is right until he can eventually retire and go back to his farm. In a way, I see a much younger version of myself in him. I'm glad he's here. 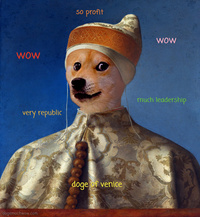