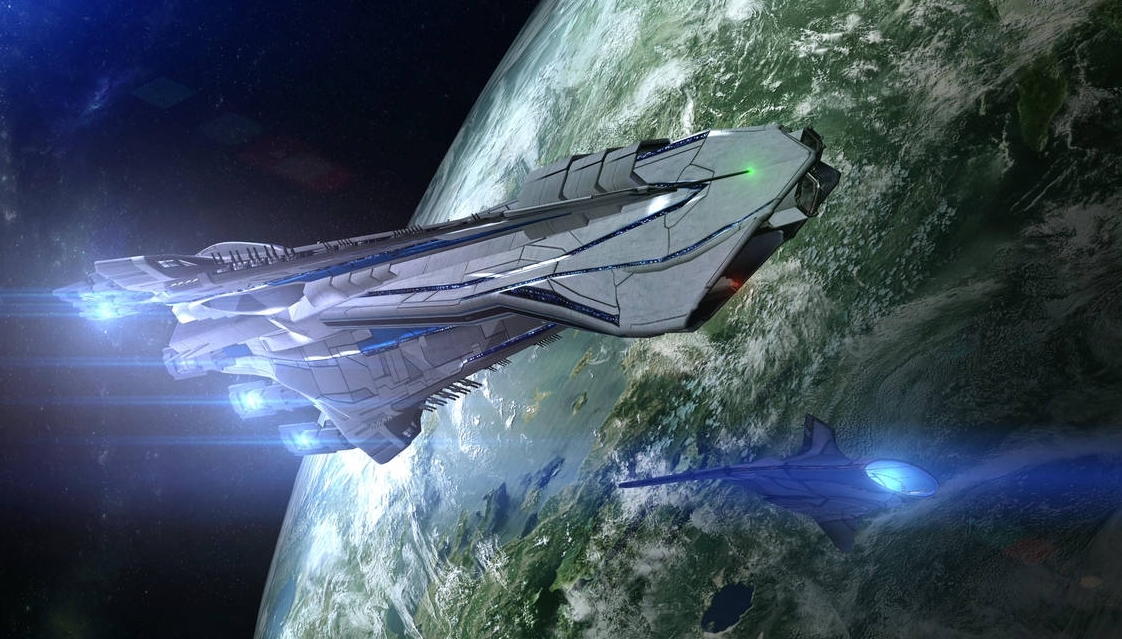 SSV Robert Oppenheimer underway in 2191, on an assistance mission with the Asari Republics Navy.

SSV Robert Oppenheimer was commissioned in 2186 shortly before the arrival of the Reapers, named after 20th century theoretical physicist Robert Oppenheimer. It was designed as a mobile headquarters for the Systems Alliance's N7 Special Forces Program, as well as a last-ditch 'Noah's Ark' if humanity were to be pushed off of Earth by the Reapers. To that effect, it is fully self sufficient for up to 25 years, though post-war this functionality has been somewhat diminished to 15 years due to refits. During the Reaper War, it was used as the Headquarters of all Galactic Special Forces, and a majority of Hammer was deployed from it during the Battle for Earth. In 2189, it was refit with Reaper-derived technology and pressed back into service as the Flagship of the Fifth Fleet, after the SSV Kilimanjaro was damaged beyond repair. Fleet Admiral Steven Hackett commanded from the bridge of the Oppenheimer until he retired from service in 2215.