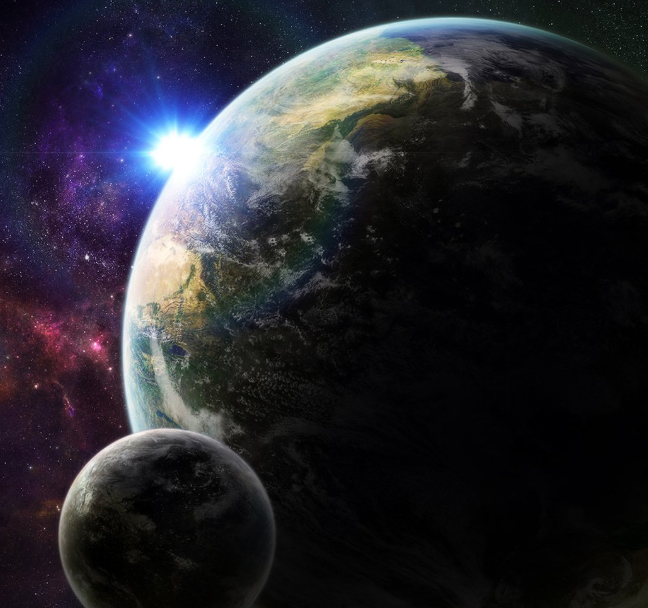 Crenasus
Planetoid Classification: Terrestrial Planet
Orbital Distance: 27.13 AU
Orbital Period: 3.6 Earth Years
Radius: 6,741 KM
Day Length: 21.3 Earth Hours
Brief Description: An Earth-like planet housing just above fourty-thousand colonists. The large moon, Crenasus Minor, is home to a UNSC outpost fitted to work as a listening station which houses a garrison of UNSC forces and a small security fleet. The planet experiences extreme tides compared to Earth, and the tidal effect on the planet by its satellite is so great that much of its surface has become swampland near the equator and surrounding area. Crenasus's swamps are inhabited by a privately funded colonial company operating in cooperation with the UNSC Outpost. The planet's low population can be attributed to it's close proximity to the Human-Covenant war border and it's harsh, swamp environment.

Yoldim
Planetoid Classification: Ice Planet
Orbital Distance: 34.13 AU
Orbital Period: 12.6 Earth Years
Radius: 7,145 KM
Day Length: 34.3 Earth Hours
Brief Description: An Ice planet housing a small research station used for conducting scientific experiments in the harsh winters of Yoldim. The research is funded in part by the UNSC and most experiments consist of tests on Covenant technology in cold weather as well as the UNSC's own technology to resist the harshest of winter climates. The facility houses over six hundred personal and also contains a underground colony for the personal to call home. Known to get their supplies from Crenasus.