Steam Name: Pepper
Timezone: CST
Character(s): Duke Nukem
Franchise: Duke Nukem
Give a summary of the character(s)'s life in one paragraph or explain his origins: Duke Nukem began his ass-kicking career when Dr. Proton made the mistake of interupting Duke's soap operas. He defeats Dr. Proton after chasing him to the moon then through time and space itself. After defeating Dr. Proton, Duke published a book known as, "Why I'm So Great." He is promptly kidnapped by aliens that plan to use his brain to take over the Earth. However, Duke escapes and begins kicking ass once again. After defeating these aliens, he returns to Earth where he is promptly shot down by an unknown source (more aliens.) Duke must once again save the Earth.
Give a summary of the character(s)'s personality: Duke Nukem is confident, aggresive, politically incorrect, wise-cracking, and hyper-masculine.
List the abilities the character(s) has: The Mighty Boot, Super Human Strength
List the cons of the character(s) abilities and their weaknesses: The Mighty Boot has a limited range. Duke is arrogant and at the end of the day, he is only human despite the Super Human Strength, his personality and behavior can be off-putting to some
List the character's equipment (Guns, spells, armor, etc.): His boot, Pistol, Shotgun, Chaingun, Pipe Bomb, Shrinker, Rocket Launcher, Jet Pack, Hologram, Night Vision Goggles, Portable Medkit, Protective Boots, Scuba Gear, Steroids, Armor
D&D alignment of your character(s) (Lawful good, True Neutral, Chaotic Evil, etc.): Chaotic Good
(OPTIONAL): Link to character's wikipedia: https://en.wikipedia.org/wiki/Duke_Nukem_(character) http://dukenukem.wikia.com/wiki/Weapons_(DN3D)http://dukenukem.wikia.com/wiki/Items_(DN3D)

It's time to kick ass and chew bubblegum, and The Reave stole all my bubblegum.

The Ultimate Alien Ass Kicker just had his good time ruined when The Reave pulled him from his world and took all his toys.

-Loses all weapons except his pistol, shotgun, steroids and pipe bomb and of course, His boot.
-His strength is slightly dampened. Will be in shape as time goes on. 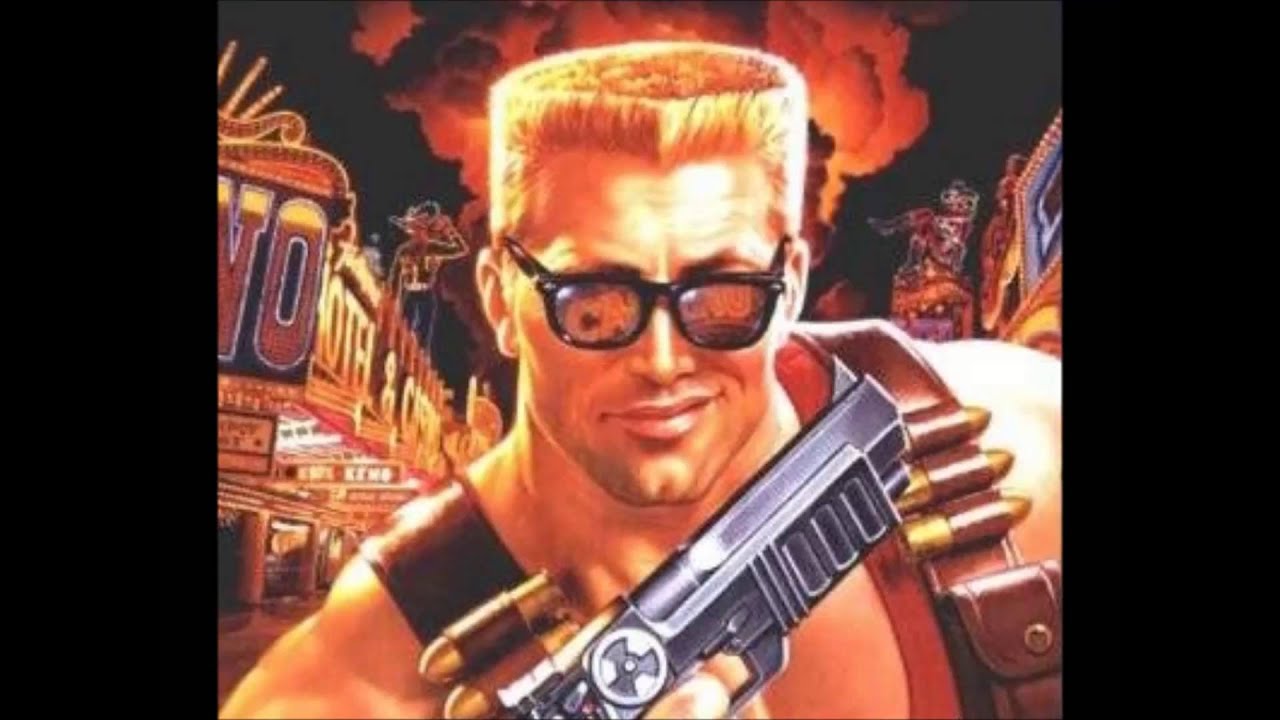