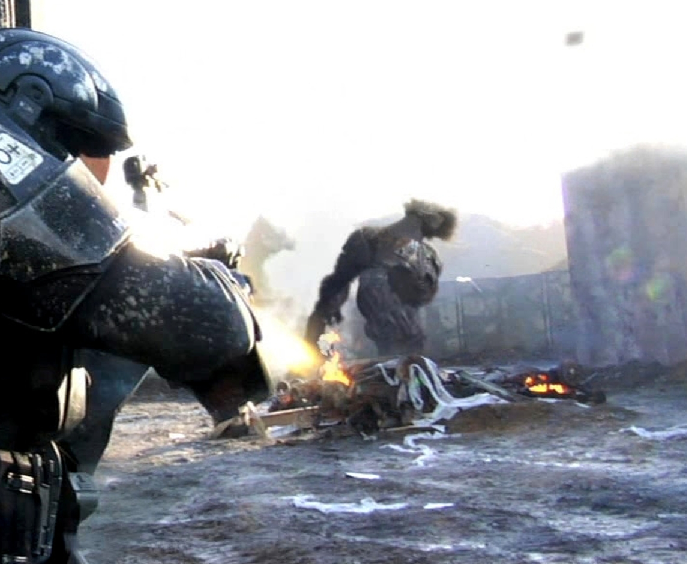 Several sightings of pairs of brutes or single brutes have been reported all across Phoenicia. According to UNSC Army Forces in the area, there have been no combat or even sightings of brutes until our battlegroup arrived. Which just so happens to be when that CAS Class ship arrived. The common assumption is that the crew and primary top caste of that ship are brutes. That means potentially thousands of brute forces just waiting in orbit on that ship.

Pairs or solitary brutes that have been seen are most likely scouts that are preparing staging areas, landing zones and collecting information on local troop activity. However, their behavior makes it seem more like they're forcefully trying to collect data even if they don't know what the hell is on the computers they're trying to steal. This could possibly just be the consequence of an average brutes intelligence. Either way, brute scouts are priority targets. If one is seen they should be engaged with extreme prejudice, don't bother trying to take a prisoner.