Elite Minors are mentally, physically, and pragmatically the least-experienced warriors of the Sangheili; however, they are still fairly skilled in combat. Commanding the lowest rank within the Elites' hierarchy, roughly equal to that of a UNSC Sergeant, Minors carry Plasma Rifles and wear cobalt-blue armor. Minors are the only variation of Elite seen to be forbidden from carrying the lethal Energy Swords. 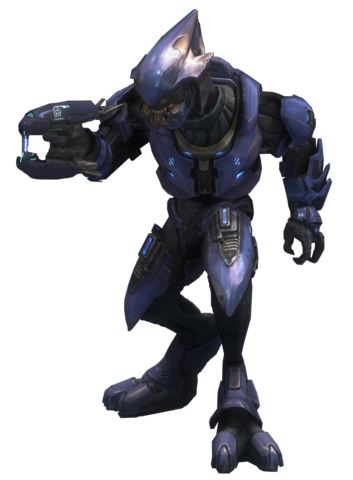