Grunt Majors are akin to UNSC Corporals, leading smaller contingents of their fellows into combat. Not much difference in morale or armament is noted with Majors, save for their red armor compared to orange. 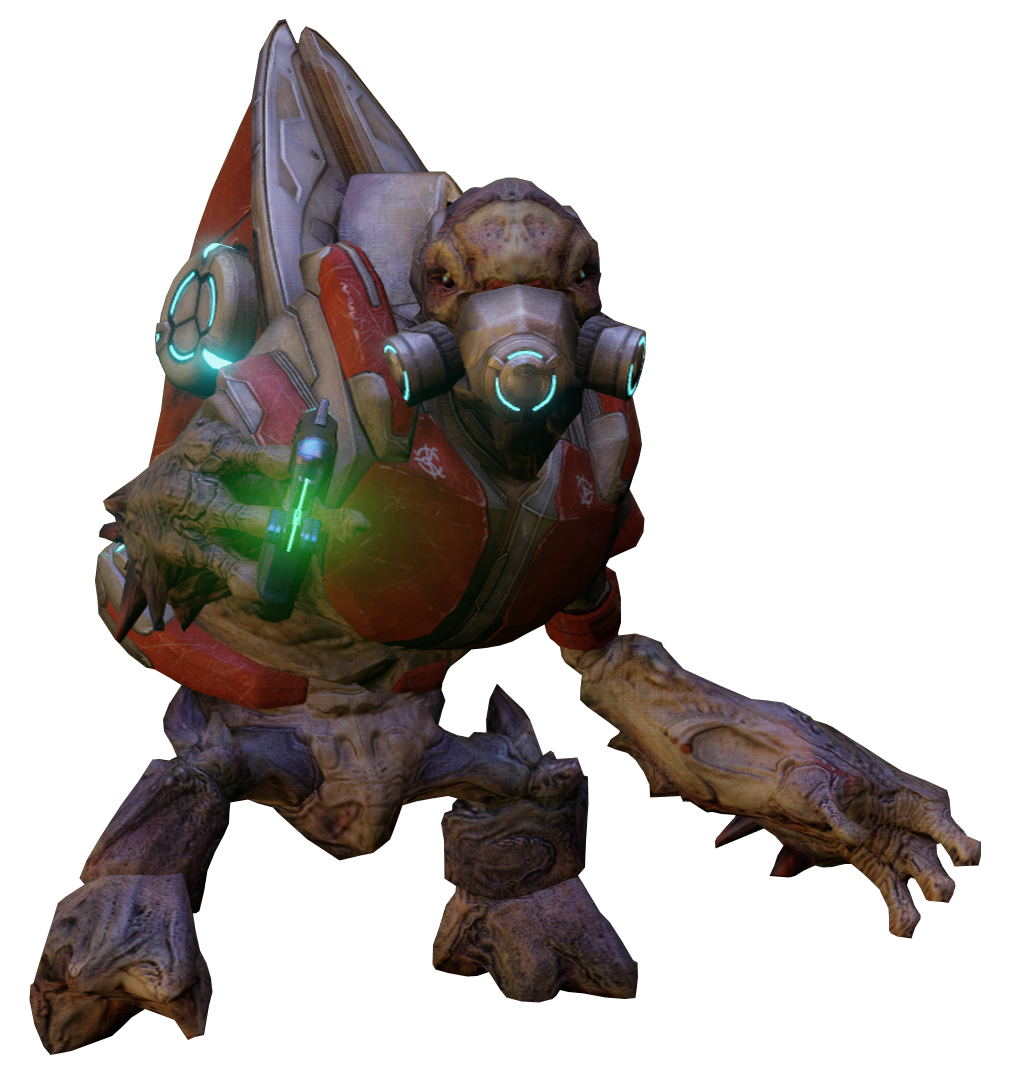