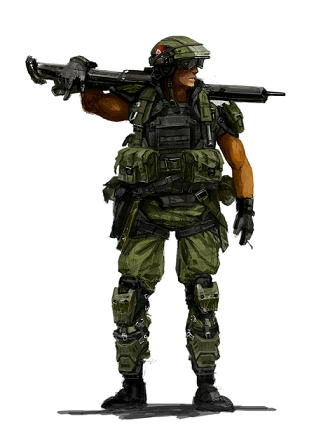 Weapon Specialist(2/2): The Weapons Specialist is a Recon Marine trained in the use of all UNSC heavy and advanced weaponry. This category includes everything from Crew served weapons to orbital strike designators to EMP grenades. In addition to their knowledge of UNSC Weaponry, these specialists are trained on the theory and operation of Covenant Energy weapons that have been recovered to date. 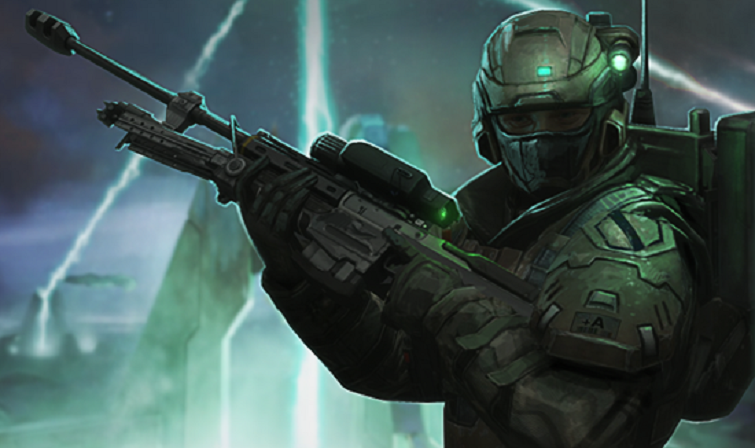 Scout/Sniper:(0/2) Scout Snipers are the Recon Marines trained to perfection in their craft. These marines are experts in stealth and camouflage and exceed in long range recon/infiltration tasks. Scout Snipers always work in pairs of two as Sniper and Spotter utilizing a heavy anti material rifle. When not assigned as a Sniper team, these marines fulfill the role as marksmen. 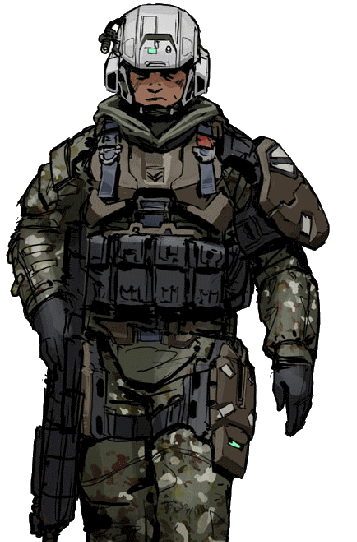 Engineer Specialist:(2/2) Engineer Specialists are the premier assault engineer forces in the UNSC. In addition to combat training, they are fully trained in all things explosive and EOD. They also have limited welding capabilities and know rudimentary maintenance and operation of UNSC vehicles. These marines are also entrusted with the huge responsibility of operating tactical nuclear weapons and when authorized, employing them. 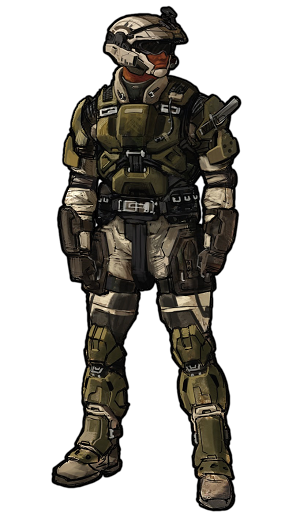 Pointman:(1/2) The Pointman is the poor, wild, crazy marine of any outfit. These marines are well trained in CQC techniques are in Close Quarters are always the first ones in. Because of this they are trained to fight close up with aliens much physically stronger than them. They are also outfitted with the heaviest armor to defend themselves. 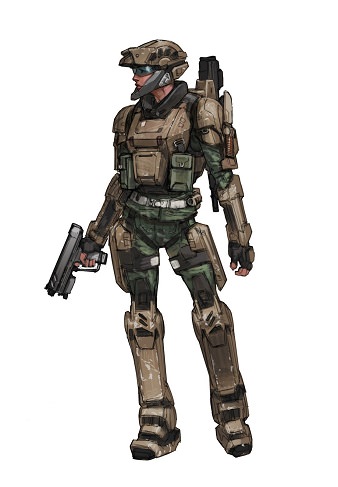 Tech Specialist:(0/2) The Tech Specialist the Recon Marine who contributes the know how and brains to the recon mission. They are the compilers of all gathered intelligence but serve much more important roles. All Tech Specs are trained as far as a marine can be trained in covenant field technology. They are also well versed in all UNSC technology as well. 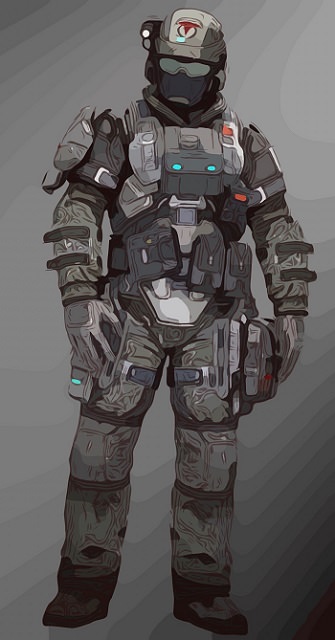 Special Amphibious Reconnaissance Corpsman(2/3) The Corpsman administers medical treatments, drugs, and other procedures authorized by the UNSC to units on the battlefield. They are specialized in utilizing medical equipment to stablize and save life on the field. They also have a array of gadgets to support their fellow marines as well as offensive capabilities. 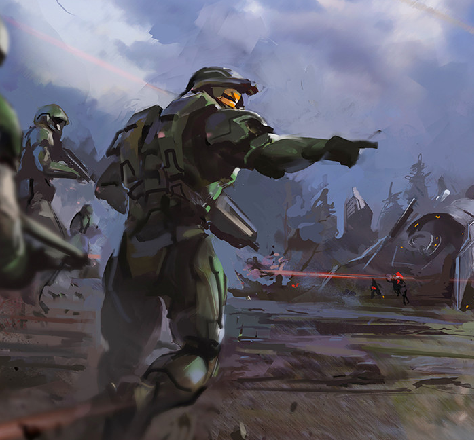 Battlemaster: Battlemaster is the nickname given to experienced Force Recon and ODST Marine NCOs. This nickname derives from their extensive work training colonial militias as advisors but is also attributed to their ability to lead Marines in combat. Most so called Battlemasters have seen combat on other planets and have the right to say they survived at least one covenant invasion and have survived long enough to lead other marines.