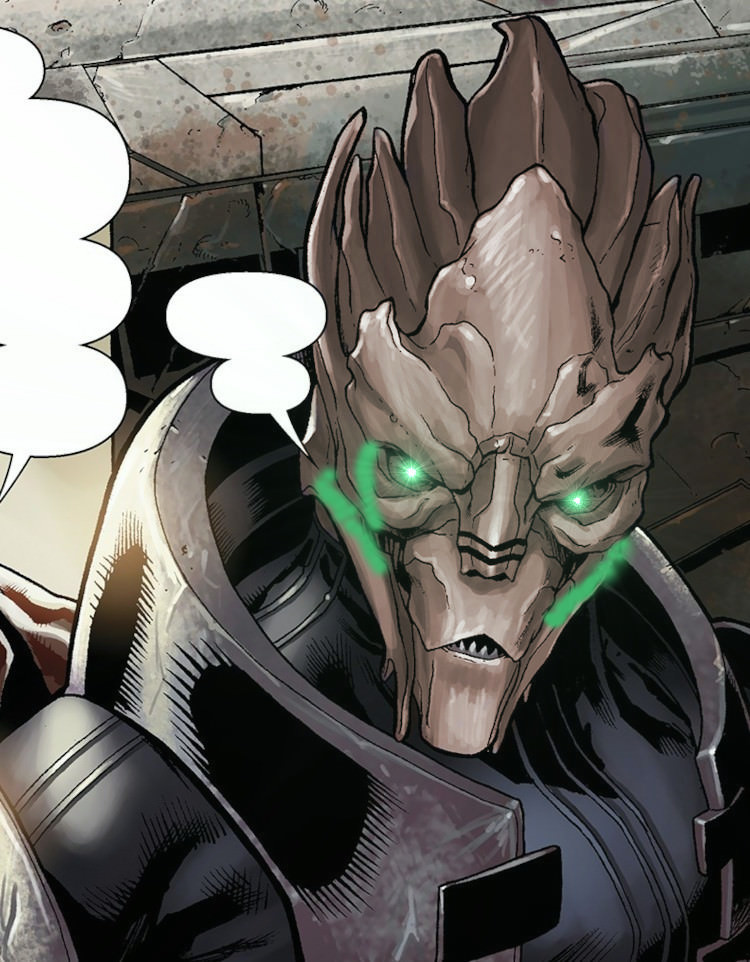 Physical Appearance:
Ronan Aaetrius stands around 7'1ft tall and wears a set of black armor with blue stripes. His skin appears pale similar to a human's. He has bright hazel eyes which are covered by illuminated, glowing lights. He carries a set of canisters on his belt and a phaeston and scimitar shotgun. His face appears to be scarred from a encounter with a Prothean beacon. Appearing to be cracking with mechanical lights glowing in place of the cracks. His eyes are constantly illuminated by these lights. He's been seen wearing a Valluvian headdress.

It appears that the former captain of the SR-1 Barbarossa was working as a double agent for the Citadel Council in order to stop the Delatura Corporation from revealing the identity of the Reapers to the public as well as help the Systems Alliance reclaim the rogue Normandy-class vessel.

Aaetrius' followers appear to be in a worse state than he is. Referenced as 'Valluvian Priests'. It seems that these turians are survivors from a operation that took place long ago. This operation was put to rest by Saren Arterius.

His run in with the Prothean Beacon inside the classified prothean ruins in Republic space appears to have given him the knowledge to understand old beacons from other civilizations. Including the unknown beacon found on Daron.