[5:48 PM]
Kravis:
Found out what exactly what Im doing in my trade classes

[5:48 PM]
Kravis:
IM FUCKING DONE
I CANT FUCKING STAND YOU NOT TAKING ANYTHING SERIOUSLY
FUCK THIS

[5:49 PM]
Vasiil:
I like the mcdondold chicken snack with sauce

*** Valiak falls to his knees for a moment. He licks his lips and reached down to rip off one of the Trandoshan's arms. He then quickly began to devour part of the Trandoshan's flesh in order to kickstart his regenerations. He didn't care how terribly or bloody it looked.

Johse Malefor says "Or we just move on and not watch this. 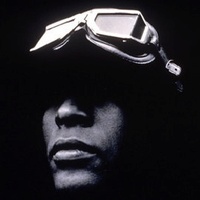 Kravis: OH this is about to get Nasty


*** Valiak rips Zharsk's neck out and devours the piece of flesh that was caught in his mouth. He goes down in a fit of rage and started to smash and tear into the back of Zharsk's head as his mouth clamped down and began to rip Zharsk's head open like a cracked egg.

*** Jahfroy Sehon spits on the ground

*** Caeum Bretwis purposefully turns his force sight off and is now blind for the moment
Caeum Bretwis says "Tell me when he's done."

*** Valiak sunk his claws into the back of Zharsk's head and rips it right in two. His brain just slips out and falls onto the ground as he ultimately killed Zharsks for sure. He stands up and lets out a wild "RAUAGAH!" as blood flew off his mouth and claws. He threw a glare over his left shoulder and peered at Scraphead.

*** Valiak slowly leans up and looks up to Velius. Part of Zharsk's arm flesh slips out of his mouth as he stood up with blood draining from his mouth. He let out a voracious "Whaaat?"

Kyle: Nigga finish eating this guy so i can go to bed

The shuttle clears the area well enough, those not used to flying would be on the verge of puking up their dinner by now

'Rain' says "Oh my god I've joined up with lunatics."

Me, Sly and Aussie chilling on teamspeak


Me: there's so many things you can't give dogs, you gotta be careful