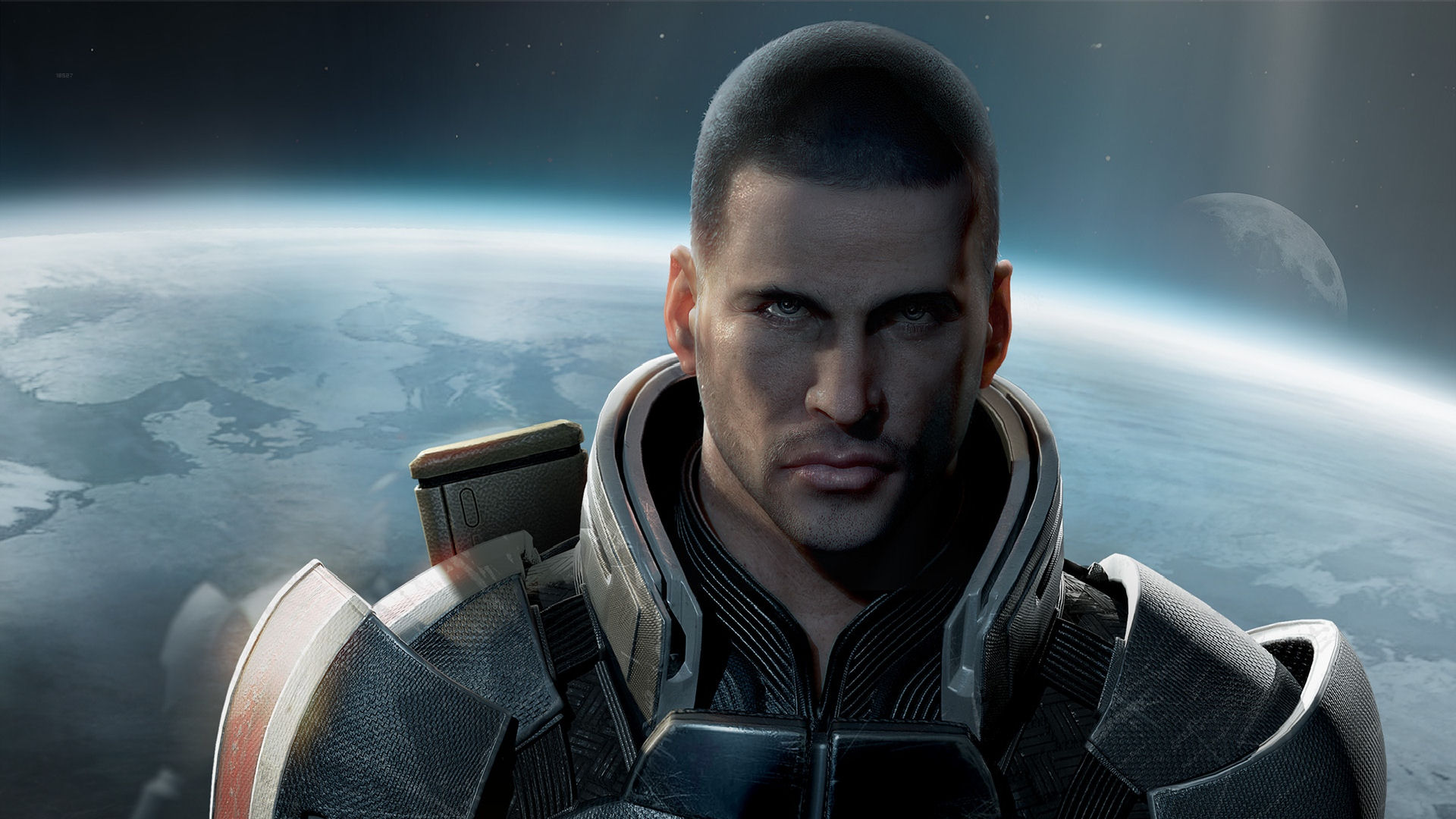 John Shepard was born on April 11, 2154, on Earth in the city of Seattle. Shepard did not know his biological parents, and was raised an orphan on the streets of the Seattle Metropolis. He escaped the life of petty crime and underworld gangs by enlisting with the Alliance Marine Corps at the age 18. Early in his military career, Shepard found himself facing an overwhelming enemy force. He risked his own life to save his comrades in arms and defeat the enemy, rallying the colonial militia and surviving soldiers against the invaders. When the batarian hordes broke through the defensive line, Shepard single-handedly repelled them long enough to seal the breach himself. Shepard's actions during the Blitz awarded him with the Star of Terra, making him the youngest enlisted member of the Alliance to receive the prestigious award. Shepard was offered a chance to enter the N7 program, and graciously accepted. He quickly rose to the top of his class and was given the coveted designation of N7.

In 2183, Shepard was assigned to the SSV Normandy SR1, a prototype stealth recon frigate jointly built by the Turian Hierarchy and Systems Alliance, as executive officer under then-Captain David Anderson. The Normandy's routine shakedown mission to Eden Prime to recover a Prothean Beacon quickly fell apart, when Shepard and his squad were attacked by Geth forces led by a rogue Turian spectre, Saren Arterius, who is also after the Beacon for his own reasons. Shepard locates the Beacon at the cargo port, receiving strange visions of bizarre, kilometer-tall machines slaughtering unrecognizable organics, before the Beacon became inert and seemingly destroyed itself. After receiving proof from numerous sources, Shepard and Captain Anderson bring their findings to the Citadel Council, and Saren is stripped of his Spectre status and labelled a traitor. The Council, in a move unprecedented and highly controversial, awarded Spectre status to Shepard, making him the first Human Spectre. He is made commanding officer of the Normandy, and ordered to hunt down Saren at any cost.

In late 2183, the Normandy is assigned to the duty of patrolling for remaining Geth forces outside the Perseus Veil. Shepard has moved the vessel to respond to the mysterious disappearance of several human vessels in the Amada System. Shortly after exiting FTL and engaging the stealth drive, the Normandy detects an unidentified, Dreadnought-sized vessel. The unknown vessel attacks with a beam weapon that immediately cuts through the Normandy's kinetic barriers and armor, crippling the ship and breaching the hull in several places. Shepard issues an evacuation order, but one of his squadmates, and love interest, 2nd Lieutenant Ashley Williams, tells the Commander that the ship's pilot, Jeff 'Joker' Moreau, is reluctant to leave. After getting Joker to an escape pod, Shepard is spaced and suffocates in orbit of Alchera.

Through arduous deals with the Shadow Broker, the pro-human organization known as Cerberus retrieves Commander Shepard's corpse, and puts into motion its 'Lazarus Project' spending billions of credits and the time of two years to put Shepard back together again. Shepard gathered a multi-racial crew from around the galaxy, ranging from an Asari Justicar to a diseased Drell assassin and everything in between, to defeat the Collectors, revealed to be behind the destruction of SSV Normandy SR1, and under Reaper control. Using Cerberus' assets, and a rebuilt Normandy designated SR2, Commander Shepard destroyed the Collector Base and defected from Cerberus.

Before turning himself into the Alliance, Commander Shepard went into the Bahak system and thwarted another Reaper attempt at entering the galaxy using the Alpha Relay. He destroyed the Alpha Relay by flinging a meteor into it, shattering the massive structure and destroying the Bahak system. The resulting panic and tension between the Batarians and Alliance was, however, short-lived.

Commander Shepard returned to Earth in early 2186, with the Normandy's kinetic barriers and weapons offline. The Alliance peacefully took him and his crew into custody, the majority being granted asylum or having their charges severely lowered. Shepard was kept in protective custody in the Vancouver Metroplex until the Reapers hit Earth.

Fleeing Earth, Shepard went to Mars to recover Prothean data from Dr Liara T'Soni and Alliance scientists on-site. Upon arrival, he and his crew discovered Cerberus troops making a mad dash for the Archives, and the same data Shepard had come for. Shepard and his crew escaped with Dr T'Soni and the data, but not before Cerberus could download some through a mobile infiltration platform that would soon become the basis for the Alliance Infiltration Units.

Shepard's most recent accomplishment has been rescuing the Turian primarch, Adrien Victus, from Palaven's moon, Menae, and brokering a treaty between the Krogan, Turian, and Salarian governments to cure the genophage. Thanks to Shepard, Urdnot Wrex is now leading a united Krogan people into war against the Reapers.