SITREP: District of Columbia(AUTHORIZED PERSONNEL ONLY)

SITREP: District of Columbia(AUTHORIZED PERSONNEL ONLY)

Earth Battlenet, Americas, North America, New England
Authorizing Credentials...
...
...
Accepted, all communications to and from device are now being monitored. 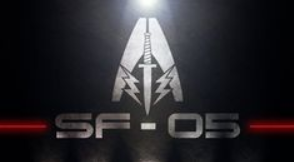 Operation: SALVAGE
Prepared by Gen J Painter
The District of Columbia has been fought over harder than any other major city hit by Reaper Invasion forces. Every unit we have assigned here is fighting to secure civilian evacuation points, resource stockpiles and defending strategic areas. While the bulk of our forces are carrying out these objectives with more reinforcements and fire support we are not just playing favorites with the American Capital. Ten percent of our forces are acting in support of or (if they are commando units) directly to carry out Operation SALVAGE. DC carries the largest amount of military secrets and will therefore be given priority over all other cities

Our objective as most of you know is to pull any resources we can to re consolidate central command from all over the Americas to the Cheyenne Mountain complex so that an organized and effective resistance can be formed. We're only weeks into this, getting our shit together now rather than later is paramount to continued survival. Gentlemen, it's time to accept the fact that Urban centers are almost done for, we need to pull everything we can into the rural net. All commanders will comply with the new directive of Operation SALVAGE or face judicial action for 'endangerment of mankind'. Each unit Brigade and above as well as all Commando and SF units will be given their specific instructions for the Operation.


Loading objective 'Formation Romeo' , 2nd Marine Special Reconnaissance Company...
Prepared by Maj Kozlov, CADG
2nd MSRC is being tasked with one of the most important grabs from DC given your track record you already started to gain so far. A lot of CADG Operatives would rather be doing this but they have full confidence in your ability.

One last major offensive is being prepared to execute in DC, officially the objective is to re establish a front line long enough for a full retreat. Our real advantage against the Reapers is going to be a series of retrieval missions for every salvageable objective available. You'll be working with the 3rd Marine Division up North in their spearhead counteroffensive into DC. Real objective is to enter the underground facility 'Site Echo'. What you're grabbing is...Controversial to say the least, the project was started with no approval from any political body. Not technically legal or illegal considering what it is, speaking of.

The objective is an AI. Unshackled. Named Nova by its developers, this AI is extremely powerful. It's original use was to disable the entire Hegemony defense communications grid which would have disabled their ability to call for any sort of help from Terminus and all their fleets would be out of communication, it was supposed to be a last resort but such an objective was never achieved, deemed unachievable, the project was archived till recently. As soon as the Reapers touched ground and we knew what was happening a group of developers activated the AI Nova with new programming. An ability and desire to kill a reaper by embedding into its system and destroying itself.

There are a lot of unknown variables here such as whether or not this AI is a one use suicide bomb or if it can even achieve the task but it was given a 75% chance of success which is good enough. Most other teams are going for around 60%. The Counter Attack into DC could take a while or it could be a lot sooner. Either way, the 2nd MSRC is needed.