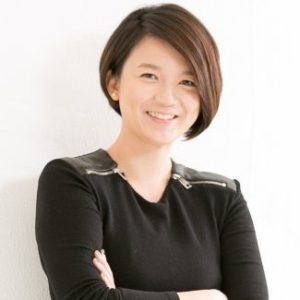 Tactical Scan - Identifies a single weakness in a targeted enemy. If the corpsman targets the weakness in the next move, a +25 roll bonus is granted.
* Disperse - Disperses omnigel to all members in combat, removing one strike. Can only be used once in an engagement.
Adrenaline - Applies to the corpsman and the nearest two players (or a player the Corpsman chooses if they wish not to apply it to themselves) giving an evasive bonus of +25 on the next defensive roll.
* Fortification - Boosts shields by 50%. Must be deployed before taking damage.

2ndLt Kyle Vernon: A respectable man, I'll give him that. He prefers to get his work done and doesn't want to talk about miscellaneous things; its simple and he isn't going to be causing us any issues I'm sure.

Lieutenant Commander Adande Greene: The commander has his men in his mind. I see why this crew is so respected amongst the Alliance fleet.

Adande Greene has suffered major wounds due to this new reaper we've found. If I was the person who chose what to name them; and the Reapers weren't called that. These would have been Reapers in my mind. Scythed beings. Greene should be doing fine, he's been getting ample treatment from the civilian contractors and me. I'm glad I remembered the trick for using my suits energy.

Good to have him back.


Staff Lieutenant Martin Banner: A small culture shock when I first got on the ship was the somewhat open bar housed by Bartender Lancherd. I questioned it from the get-go, it seems like Banner is keeping the drunks in place however. At least they have a good Salarian Wine. Banner has been known to have a stubborn tempere and personality; its nothing I can fault against him. In fact I should have been more direct.

He's gone now... M.I.A, captured by slavers and we aren't able to find him.

Staff Lieutenant Calvin Price: He was a good soldier, he died an honorable death trying to save the rest of us. At least I have something to remember you by.

Doctor Stanislav Borodin: The doctor is a genius in his craft, lets see if he can figure out the secrets behind these Reapers.

'Connie': An AI should never be unshackled from its bindings, and yet it was done so. I see why the Commander did it none the less, its the safest way possible. I was hesitant to the idea of having an Unshackled AI on the ship; but it seems like she's more of an asset more than the Bug.

Doctor Yevgeniy Lysenko: He acts like me; which isn't much consolation for a colleague. But he's reasonable. I see why someone of his stature would act like the way, I've done it myself. Lets hope he can do his job well enough; Its time to share the load. I know full well he prefers himself over myself in the medical field, but I believe I've proved him wrong today... i'm not going to gloat about it, but its a nice feeling to get recognized for your work. As for him; he's a respectful individual. Despite his flaws.

Doctor Hannah Thomas: Its good to have actual people working in my Medical bay, even if she is staying for Chevalier's surgery.

Draven Miller: Service Chief; and survivor of some of the worst injuries I've seen as a corpsman in my fourteen years of service. Its an amazement that we were able to commit to the medical work without incident involving Thomas and  Lysenko. He's going to require PT in order to get used to his legs again; as well as his arm. Yet he should be fine.

Dlyan Oshner: Another Biotic on the field. I don't mind his work. He's trustworthy in cases when I need people to be. I can tell he has something against me; like most members of the crew. If the crew could understand that my work is my job, and didn't interfere with it; or realized that I am constantly on edge because of the injuries these reapers cause that I'm not the problem in this. I assure myself that this wouldn't happen with the reapers... but thats that. I'm the only corpsman; and I don't think that they mind who works on them.

Well, I'm not surprised at some of his actions. He's a decent partner to talk and drink with, so I can't fault him. He has a personality that can go farther than a Private, I wonder why he hasn't been promoted yet.

Samuel Chevalier: Service Chief and seems to butt heads with Thatcher, for whatever reason. He'll be filling me in about how he shorted his biotics in the first place once we get back to the ship. HM Irini Sykes was unable to record why... for whatever reason.

Dwayne Williams: I'm pretty sure he's still hiding in my storage closet. I've checked. I found his stashe in my closet and is hiding in there.

I should get him out of there, he scared one of the scientists yesterday.

The Photographer (OOC: Frank Kennedy): I don't know this mans name currently, but I feel like I've wronged him. Its a shame I did too, he's an honest man and I acted rashly towards him. I hope he takes the apology well.

He is indeed weird, but he has a heart of gold.

Victoria Morello: The youngest member on the crew, and she shows her youth. It's good to see a younger member to counter some seriousness others have. Last I saw her she was sparring with the Commander. Her firey spirits there; I'll give her that. She's emotional, dreary, and childish. All over the leaving of one person, I hope this doesn't set a precedent from what I noticed. Morello has some issue with me. I've gotten over her emotional issues; but apparently my personality is something she has an issue with. I never knew people could be acting so rashly about my work. Especially when they ignore me when I tell them to stop doing things. She got incredibly angered when I told her to get out during Greene's surgery... Greene was about to die on my accounts. If she was there to try 'helping' me it could have been worse.

I believe we were bonding over a sexual harassment claim... I don't mind it. We saw eachother on equal footing instead of her having herself ready to tear into me.

'Krevik': The possible awakened collector who is allied with us currently... I am personally not so keen to have this Collector on board like the others are, and I aired my greviences before I got on the ship. But he's proven himself to me so far, I hope he keeps it up.  A shame he's dead. But its not like it was preventable.

Flynt Thatcher: He's someone who thinks he's not going to die because he's reckless. I thought their former HM's death would have sobered him up a bit. I hope that he actually changes from our conversation we had. I suppose the term 'Luck of the Irish' is true. Lets see if he continues to test it. An immature person who thinks he's in the right to apologize, and then do the same things later; and argue when given an orders. I at least pride myself in not dealing with this on the SSV Nanking, perhaps the war isn't right for some mindsets. Thatcher's is clearly one that shouldn't be. I was right. He was a fool who didn't deserve to be on this crew, if Connie was right about her suspicions... and from what I just heard. We may have to put him down; despite us talking about keeping him alive.
'
Feared:

Oboro Kotta was born in 2150 in Kumamoto, Japan to a long line of doctors dating back to as far as the second world war. It was only natural for her to take up the mantle as another doctor in the line of duty. Instead of signing up for the Alliance Marines at the age of eighteen like most other recruits she took off for four years of schooling at a school that offered a four year MD plan. In regards to this plan, once she finished her job she joined the Alliance Marines and became a soldier in the Corpsman specialization. Serving under Staff Lieutenant Calvin Price for most of her time on the SSV Nanking, attaining the rank of Chief Hospitalmen. Oboro was known to have minimal casualties during her time under the Nanking; however during the Reaper war things changed. According to eyewitness accounts, Oboro's team was attacked by reaper forces in Nice, France. There were only a few survivors. Oboro Kotta, Eric Smith, Branden Peterson, and Diane Pike. Due to their highest ranking soldier excluding Oboro being a corporal Alliance assets distributed the four into different companies in order to fight the Reapers.

Flynt Thatcher: Updated the wording due to misinformation.