In order to make each soldier valuable and unique on the battlefield, every soldier will be able to choose one ability from their sub-class. How many abilities you gain are based on veterancy. The longer your character survives, the more abilities you can choose.

KEEP IN MIND! If you have created your dossier before 2/10/18, you will need to update it! You will keep track of your own abilities on your dossier!
If you would like to know how many abilities you can choose, contact an admin.

If an ability has a * , it means that this ability does not require a roll.

Stasis - Stasis causes an enemy to be temporarily locked in a mass effect field, freezing the target in place and making them unable to attack.
Warp - Warp works by creating rapidly shifting mass effect fields that shred a target apart, similar in function to the disruptor torpedoes used by starships.
Throw - Throw uses mass effect fields to hurl a target away from the user with damaging force.
Reave - Reave employs mass effect fields to biotically attack the target's nervous or synthetic systems and prevent healing.
Singularity - A biotic power that sucks multiple enemies within a radius to a single area, leaving them floating helplessly and vulnerable to attack.
Lash - Biotic whips generate from the wrist, causing massive damage upon impact of an enemy.
Dark Channel - Plagues an opponent with a persistent, damaging biotic field. It deteriorates armor, barriers, shields, and eventually, health.
(1/2): Wilhelm Osbourne

Changing the face of the battlefield

MOS: Combat Engineer
Abilities:
* Deploy Cover - Deploy a piece of hard cover that all troops can utilize.
Homing Grenade - Deploys a grenade that floats until it finds its target, swooping down and exploding on impact.
* Tripwire - Deploys a tripwire that stays in position until it is tripped by a moving target.
* Decoy - Deploys a decoy of the engineer, distracting enemies.
(1/2): Aquilarus Agrillian

MOS: Technology Specialist
Abilities:
* Sentry Turret - Deploys a small, floating turret that is capable of laying down high rates of fire. (Players will be given an extra action to play as the turret during battles)
AI Hacking - Hacks a synthetic, turning them friendly for a short amount of time.
* Supply Pylon - Drops a supply pylon, which repairs shields and disperses ammo. This creates a defensive position that is difficult to break through unless the pylon is destroyed. A pylon can only be deployed once during an engagement.
Energy Drain - Drains a target's shields or barriers, sending the power to the engineer's shields.
(1/2): StfLt Michael Wolff

The unseen force of war

MOS: Saboteur
Abilities:
Tactical Cloak - Allows the user to activate a reflective cloak, Giving them limited invisibility. Can be used in combat to amplify your next roll.
* Recon Mine - A deployable mine that can be outfitted to scan nearby enemies (Requires high rank), It must be detonated manually instead of automatically.
Snap Freeze - Activates dual coolant canisters that unleash a sub-zero spray of ice that freeze smaller enemies solid, Making them vulnerable to instant kills (Once per mission), If used on heavy targets then the target takes extra damage (Depending on the target.).
(0/2):

MOS: Marksman
Abilities:
Tactical Cloak - Allows the user to activate a reflective cloak, Giving them limited invisibility. Can be used in combat to amplify your next roll.
* Stability - When behind cover and standing still, You gain +25 roll bonus on your next shot.
* Recon Drone - A deployable drone that can be used to scout the environment ahead and identity hostile and non-hostile targets alike.
Overload - A shock of overcharged electricity that fries electronics and shields.
(1/2): Tacia Victomus

MOS: Sentinel
Abilities:
* Tech Armor - Deploys tech armor around the Sentinel, boosting their armor by one strike. This ability must be used before damage is taken.
Shockwave - Sends a biotic shockwave, toppling enemies to the ground as it hits them.
Submission Net - Fires a tech net, tangling the target up and disabling them from moving until the net is broken.
Warp - Warp works by creating rapidly shifting mass effect fields that shred a target apart, similar in function to the disruptor torpedoes used by starships.
Annihilation Field - Deploys a fiery biotic ability, surrounding an enemy until detonated. Once detonated, several explosions are activated on the target.
(1/2): David Weston

The backbone of the Alliance

MOS: Rifleman
Abilities:
Concussive  - The rifleman's weapon fires a single high-powered round that damages a target and can stun it for a few seconds. Can be combined with incinerate for a fiery explosion.
Grenade - Tosses a grenade capable of causing high damage to armor and non-armored targets.
* AP Ammo - Boosts damage for three turns.
* Fortification - Boosts shields by 50%. Must be deployed before taking damage.
(Infinite):

MOS: CQC Specialist
Abilities:
* Omnishield - Deploys a powerful omnishield, blocking oncoming fire to the CQC Specialist. Can be mobile or stationary. In it's mobile mode, the CQC specialist can fire a weapon.
Concussive - The specialist's weapon fires a single high-powered round that damages a target and can stun it for a few seconds. Can be combined with incinerate for a fiery explosion.
* Blade Armor - Deploys omni-armor that deploys spikes and blades out of the tech armor. Any hostiles who engage in melee or touch the specialist are cut deeply, inflicting massive damage.
Ballistic Blades - Fires high powered, omniblade like objects out of the omnitool. It fires these in a compact grouping, causing massive damage.
(2/2): Raik Arglack, Emma Thatcher (FULL)

MOS: Automatic Rifleman
Abilities:
Carnage - Fires a vicious round that rips targets apart upon impact.
* AP Ammo - Boosts damage for three turns.
Flamer - Fires a flamethrower like weapon out from the omnitool, causing massive damage to unarmored targets.
* Fortification - Boosts shields by 50%. Must be deployed before taking damage.
(1/2): Abel Archuleta,

MOS: Missile Specialist
Abilities:
Hawk Shoulder Mounted Missile - Attaches a small shoulder cannon to the missile specialist, can be made to track a hostile and hone in.
Carnage - Fires a vicious round that rips targets apart upon impact.
* AP Ammo - Boosts damage for three turns.
* Fortification - Boosts shields by 50%. Must be deployed before taking damage.
(0/2):

MOS: Corpsman
Abilities:
*Tactical Scan - Identifies a single weakness in a targeted enemy. If the corpsman targets the weakness in the next move, a +25 roll bonus is granted.
* Disperse - Disperses omnigel to all members in combat, removing one strike. Can only be used once in an engagement.
Adrenaline - Applies to the corpsman and the nearest two players (or a player the Corpsman chooses if they wish not to apply it to themselves) giving an evasive bonus of +25 on the next defensive roll.
* Fortification - Boosts shields by 50%. Must be deployed before taking damage.
(3/4): Vail Seria, Erika Weiss, Naomi Octavius

Abilities:
Biotic Charge - Sends the biotic into a high-speed charge, slamming into the front of the enemy with high power.
Warp - Warp works by creating rapidly shifting mass effect fields that shred a target apart, similar in function to the disruptor torpedoes used by starships.
Pull - Rips a target towards the biotic at a high velocity, causing massive damage to armor in the process.
* Barrier - Casts a protective barrier that can be used as cover.
Throw - Lifts and tosses the target at a high velocity, causing massive damage to them in the process.
(1/2): Daniel Vernon 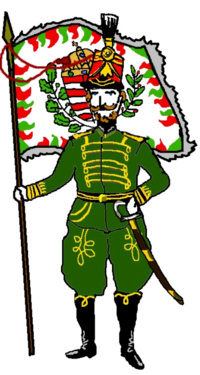