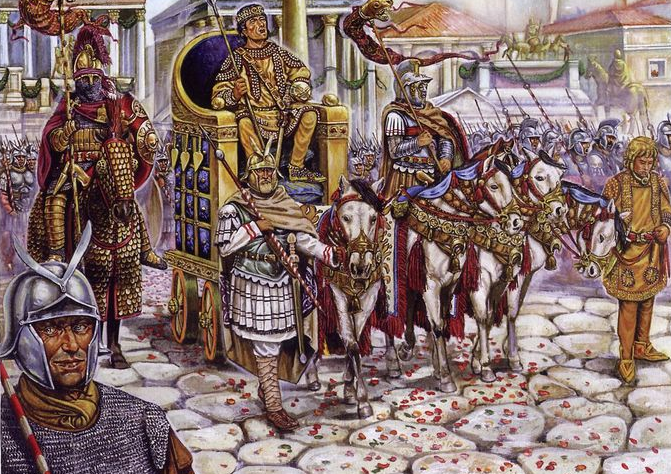 Through blood and sacrifice the Imperial city has been restored and with it, The Roman Empire. Emperor Baldwin was killed in the fighting on the streets of Constantinople and two thirds of the garrison and their standing army was killed. The rest had their left eyes stricken out as punishment and sent in an exodus on Roman ships back to France where they belong. Soon after the siege, the city noble court of the Emperor was moved to Constantinople, restoring the city as the capital city of Rome. Emperor John III underwent a coronation by the Greek Orthodox church to anoint him as Senior Emperor of The Roman Empire of Constantinople as well as Emperor of the Romans.

Already efforts to restore the city to it's greatest glory has begun. The arena is being revitalized and games are set to begin in a year(Jousting lists tech). Older secrets, loyal craftsmen and battle tactics are being utilized again in an effort to reform the Imperial Legions of old(Elite Armories tech).

The National Army is still raised, recuperating within the city walls of the city.

In the first matters of state of the Empire, Emperor John has decided to enact several orders. One commander from the Roman Legion will be sent to the Eastern Coalitions meeting to discuss how Imperial support should be applied. Second, his Majesty sends emissaries to the Emperor in Trebizond and the Despotate of Epirus, inviting them to the Imperial city to discuss the future of the Greeks and Romans.