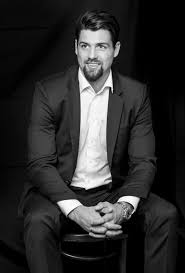 • Ian is married and has two children one daughter and one son.
• Ian was born on the colony planet of Skopje in a predominately Scottish Colony of farmers and laborers in a somewhat harsh and Tundra Climate.
• Ian's Family has Insurrectionists ties before the war started, mostly his father who fought for the URF but laid down arms once the Human Covenant War reached the Civilian Population
• Ian has three brothers all of them serving in the UNSC Armed Forces. One in the Marines, One Pilot in the Navy and a Intelligence Officer for the Navy.
• Ian being the oldest out of the Three brothers was exposed to his fathers anti-UEG views and holds some of those values today but not as extreme as they once were.

• Completed Army Basic Training in 2541 as an Infantryman following up to go into Airborne School in 2542 a few months after Training with the ODSTs on the heavy Military Planet of Reach.
• Completed Airborne School and was assigned to his first Division in the field in 2542 was assigned to protect human interests within the Colonies, his first deployment included the Battle of Alluvion where he first encounter the Covenant Threat. His Unit took heavy causalities in the battle and was assigned with protecting the AA guns near the Spaceports before being overran and forced to retreat. A few days later Alluvion fell to the Covenant
• In 2543 he was Assigned to a joint task force with Navy, Marine and Army units acting as a QRF to any covenant activities within the Colonies, saw small skirmishes with Covenant Troops until in 2544 The Battle of Miridem took place. McChrystal a Corporal with his unit took to the front and took up the familiar role of protecting cities and evacuation sites for the outnumbered Forces of Humanity. Spending a week in a half in battle with the Covenant before the forces got overran and forced to retreat
• In 2545 he requested Training on board his Unit to fit into one of the pathfinder roles and went over a brief course with one of the CO's on board and trained activity in the ships simulation until he was granted the role, after just nearly passing. Shortly after the QRF responded once more to slip space ruptures on the planet of Actium where he performed his first duties as a pathfinder. Clearing LZ's for UNSC Army Airborne Units as well as the famed ODST's where he held his position with his team until the backpack shortly arrived. Overall the planet was lost and they were forced to retreat after a large battle with his units. This is where Ian was promoted to Sergeant
•Shortly after Actium he befriended many of the ODST's on the Field and looked up to them like most UNSC Troops did. In 2546 he requested transfer to give ODST selection a shot and after his CO signed off and wrote a recommendation he was in his way to Reach. After the grueling selection he finally completed the training in 2547 where he was sent off to his home world Skopje after the covenant attacked. He made his last stand with his unit defending a shipping corporation HQ from Covenant forces before being rescued by a Spartan-II the first time he's ever heard or seen one in action. His unit was nearly annihilated and they were all transferred to different units where the McChrystal now finds himself with his current unit. 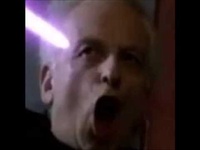