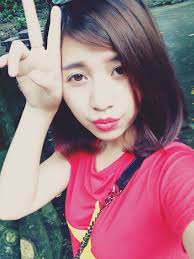 Vocal Sample:
Context: Nguyen when she used to sing in a Classical-Pop band.

Personal Relationships.
Genesis (Ro-bro)
He's kinda an outcast like me - I talked to him for a bit and felt kinda more natural. God - I can only connect to Lifeless robots - Jesus...

Michael Wolff
He's cool - but, thinks I am kinda weird and different. He's right - I don't feel so connected around here but, you know, I'm trying - and I think he knows that.
He watched me and Sanilra do our drinking challenge and saw me hit my head, he and Thatcher had to drag me around the ship to get me to bed - and to turn my computer off, ugh - god, I only make things worse for myself here.
- Updated for Wolff (29/11/2018) -
Wolf always talks to me about what's going on - honestly, I don't know how to feel about stuff anymore. I feel like a protected child most of the time, and that I'm failing everyone. Ever since Elizabeth died I just feel everyone is starting to realize that I'm not as good as everyone expects - god - I tried to save her, I swear - I tried so hard...

Sanilra Edoris
We ended up getting stuck together during a sort of protection/patrol thing - I think she noticed that I was bothered by the Citizens dying around me, and I don't think she looked on it too kindly. I think my main worry is just having people think I'm stupid - and unreliable, and, she probably thinks less of me after that...
We got drunk together - she outdrank me and I ended up falling over and hitting my head. I probably look like a bigger idiot than before now.

Raik Arglack
Thinks I'm some idiot - says he doesn't trust me to heal him...It's true what I told him about the Quarians - god... it's gonna' be high school all over again here.

Emma Thatcher
Also - another person who thinks I'm an idiot. This is probably the worst start ever...
She had to help drag me to bed with Wolff, shes in my Section as well - damn it - she thought I was a weirdo-loser before, that has probably doubled up now. I'm the slamdunk master of being a weirdo to her probably.
- Updated for Thatcher (29/11/2018) -
I'm so sorry I could not save your sister - I can't even look at you anymore without burning with guilt, I'm so sorry I was not good enough to do anything about it. If only I didn't keep shaking and failing I'd of got that piece of fucking metal out. I tried so hard - I'm so sorry...

Droko Compor
I don't think he likes me that much, I overheard him talking to some newcomer the other day saying that I 'Bother him' - I did not really say anything about it, but, you know - sometimes it feels like a lot of the people here don't really want me around, but then again - he is Battarian and might just be being playful.
- Updated for Droko (29/11/2018) -
We talk sometimes - and I feel like I've broken through his 'Battarian Charm' enough that he settles his militant attitude around me. I think he's worried that I am not good enough anymore now though - I feel about that with everyone - I'm trying my best to help everyone, but, I just feel like I'm failing and that everyone can see it...

Jack Miller
On the day that Elizabeth died I managed to save Miller's life, he had a much worse injury to Elizabeth - a spike pretty much gorged the guy - and, somehow I saved him... My life changed a lot that day - and, I think he noticed it - I have to save him by stabbing some soldier to death with a pair of scissors before giving him an on-field operation. I've never felt so much fear and control in my life.
It's also the reason I felt so much guilt about not saving Elizabeth - I saved him, despite him being so fucked - but I failed with Elizabeth.

Aquilarius Agrillian
One of the first Turians I've ever met. They are interesting but - kinda ugly, not gonna' lie. He's a cool cat, but - not too easy on the eyes. Can't remember many conversations with him though, but, it's probably because I never shut up.

Chris Kota
My Medical CO - I feel kinda disconnected from him, in all honesty. I'm one of his main Corpsman but - I don't really think he cares that much about me, he's kinda cold and calculated and I feel he'd just leave me to rot at a moments notice... but you know - he's my boss, so, I just smile and nod...

Personal History.
Kim was born in Vietnam on Earth and spent most of her adolescence smoking weed, watching anime and chasing impossible relationships. She was born from her Father cheating on his wife with another woman, her legitimate mother left her and her father raised her up with his original wife's kids, throughout her childhood she always felt disconnected from her family - this generally pushed her to become more of an outcast in her more traditionalist country.
Although she did well enough in School to join Medical School, she ended up attempting to go to a Musical College instead to learn how to sing, as it was a gentle passion of hers, this generally displeased her family and her 'adoptive' family and she was shunned and almost abandoned from ditching what they had planned for her to do.
In the end, Nguyen caved into her family's demands and left the Musical College and instead went do a Medical School where she received her doctorate and learnt a majority of her skills.

Thread is very WIP, so, give me time. If you'd like to be added to relationships - please comment your characters name in the thread and I'll add them.