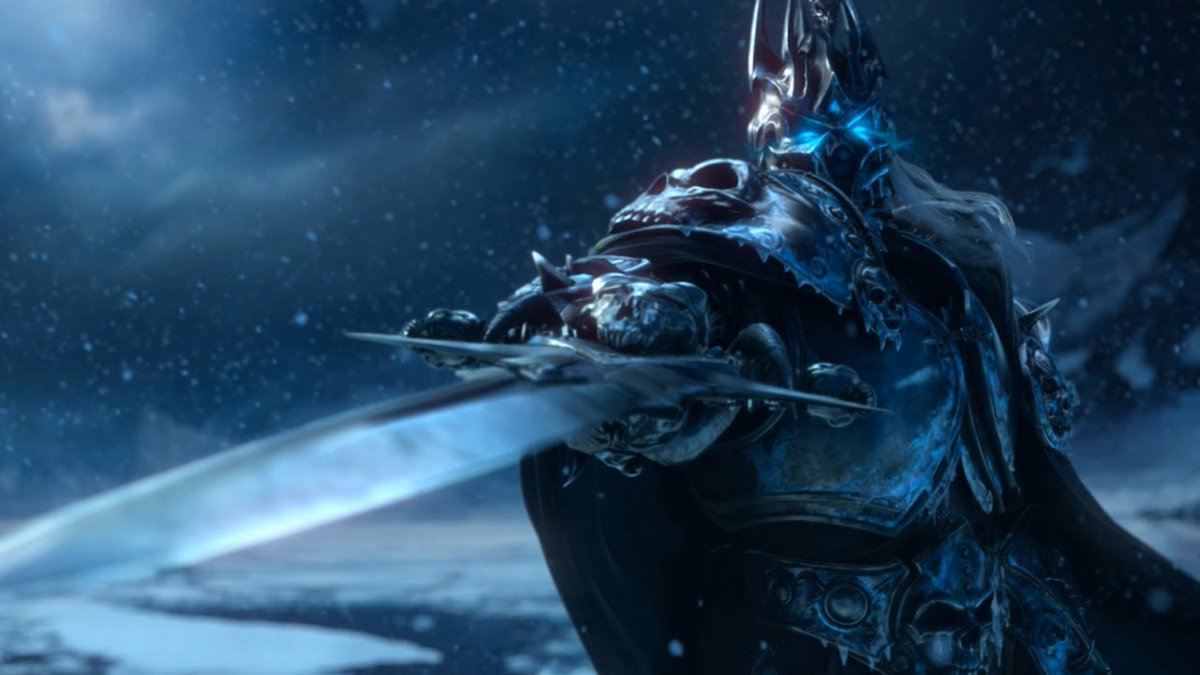 Steam Name: Kravis
Timezone: Central
Character(s): Arthas Menethil
Franchise: World of Warcraft, Warcraft
Give a summary of the character(s)'s life in one paragraph or explain his origins: Heir to the throne of Lordaeron. Young Prince Arthas Menethil was trying desperately to help stop the spread of a Plague that ravaged his lands. He continued to be forced to do more desperate actions including the slaughtering of many civilians in The Culling of Stratholme. He ends up taking up the cursed runeblade Frostmourne and slowly descends into madness as he dubs himself The Lich King.
Give a summary of the character(s)'s personality:
Arthas was a man of action - brave, impulsive and straightforward. He was an inspiring leader, leading his men by example. In conversations with other characters, he appeared witty and easy-going, yet able to hold true to his decisions and make others accept them.

On the other hand, Arthas was vindictive and occasionally lost control. He never took well to losing and had difficulty admitting his mistakes. He always sought the approval of others (such as his father) and often felt underappreciated. He could not stand the thought of others betraying his trust, going as far as making Jaina promise never to deny him anything.

After the death of his father, Arthas claims he no longer feels remorse, shame, or pity, which is explained by him losing his soul to Frostmourne. He became a ruthless and cynical person with a grim sense of humor. As a death knight, Arthas was not above mocking his enemies and gloating over their defeats.

Even as a death knight, Arthas felt as though the last remnants of his humanity were holding him back. Before he awoke as the Lich King, Arthas extinguished the final spark of goodness that remained within him, and thereby gave Frostmourne the final piece of his soul.[49] He also removed his heart and threw it into the forgotten depths beneath Icecrown.[46]
List the abilities the character(s) has:

Death Knight - As a Death knight. Arthas has a list of abilities that revolve around Necromancy. See power list for complete comprehension.

Notable powers - Arthas, wielding Frostmourne and the Helm of Domination. Has the power to raise the undead and can command a entire army of the living dead even from continents away. His power has only grown while being dormant in The Frozen Throne.
List the cons of the character(s) abilities and their weaknesses:

Arthas has no redeeming qualities left, And to those not from his world. He appears as nothing more than a remorseless killer and a monster.
His power is diminished significantly in places of warm climate. But he is still a dangerous foe.
He is only able to fight most in melee range.
List the character's equipment (Guns, spells, armor, etc.): Frostmourne, the most powerful runeblade. The Armor of Domination and the Helm of domination.
D&D alignment of your character(s) (Lawful good, True Neutral, Chaotic Evil, etc.): Chaotic Evil
(OPTIONAL): Link to character's wikipedia:
https://wow.gamepedia.com/Arthas_Menethil (Arthas)
https://wow.gamepedia.com/Death_knight (Powers)


The Lich King is brought towards the world of the living. But not without consequences.

-His powers do not hit as much as they should. Due to his power dampening.
-Further worn down by the climate of the Seattle.
-Retains most of his abilities but loses most of his followers back in Northrend.