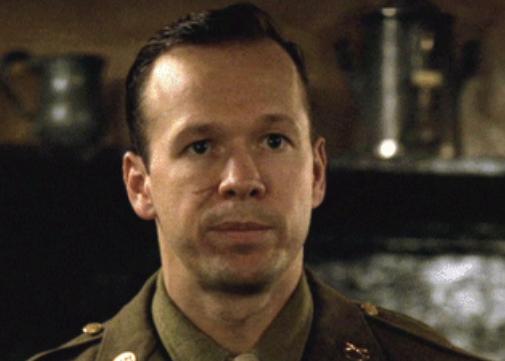 James Banner grew up on Reach in the Boer Cape Region in a very rich and influential family whom owned several farms in the region. Unlike many of his other siblings, he decided to join the UNSCDF's Marine Corps when word came in that Covenant Forces had begun to breach inner colonies. He left home 11 years ago for basic training. After training, his first assignment as a Marine Infantryman was to the 75th Marine Regiment attached to Vice Admiral Whitcombs battlegroup. He fought in two 'successful' engagements. While the navy battles were won, there were many groundside marine and civilian casualties and Banner saw the extent of ground combat with the covenant.

Before his first contract was up, Banner reenlisted and requested to be trained as a Reconnaissance Marine. Such a privilege took several months even for a seasoned marine such as his self. He was accepted, however and the now Corporal Banner was trained as a Recon Marine. He then was assigned to a Recon Element attached to the 7th Marine Regiment, spent a whole year in cryo as his unit was herded around when brass was trying to decide which colonies could be saved. Eventually he saw combat again on the losing Battle for Alluvion. Alluvion ended up as a disaster, civilian evacuation efforts were highly disrupted. Banners unit because of lack of available transport lost half the civilians they were assigned to evac. I was unable to get any comments from his squadmates about his reaction but one can guess what the typical response was.

Despite this loss, Banner was not deterred and re-enlisted yet again. He was promoted to Sergeant on Alluvion already then took another promotion for an assignment his brass thought worthy of him. Banner was assigned to be a military adviser, training several civilian militia groups across several colonies. He referred to it as some of his proudest work. He's been doing that just last year when he was assigned to another Recon Battalion, this time working up at battalion. It was safe for everyone to say that it would be a waste to keep him there. After returning from Paternity leave after the birth of his first son, Banner went back to working headquarters for a very small amount of time.

Shortly after this Banner was given a small team of ODSTs and Recon Marines. The nature of his operations were classified and were under command of the Office of Naval Intelligence from the start. He and his team eventually all became ODSTs as they continued to try to track both an AI and a certain High Value Covenant target. The success of the operation is unknown and was incomplete after being dropped prematurely. Shortly afterward, Banner and his unit were transferred back to duty as a line unit though many personnel were transferred out of the unit leaving only Banner as one of the only original remaining members of the Foxtrot Reconnaissance Platoon.

I am not KIA